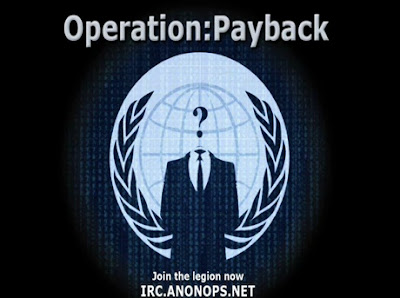 The dynamics of this duo promise to be earth-shaking.  WikiLeaks joining forces with Anonymous.  As Cole Stryker writes over at Salon.com, we may be on the brink in a new era of guerrilla  transparency:

This is huge; it’s the first time Anonymous has ever cooperated with an aboveground entity, lending an unprecedented amount of political legitimacy to the often inscrutable group. But why? What do these strange bedfellows have to gain from collaboration? With this new collaboration, Anonymous has obtained new credibility, and WikiLeaks has obtained a hugely valuable new source. This potentially powerful alliance could point to the future of the leak economy, and this awkward symbiosis provides each party with exactly what they need to move forward. A new age of transparency activism may have just begun.

Is this an insurgency?  Yes, of sorts.  It's also in its infancy and the direction and distance it will travel is very uncertain.   It strikes at the very heart of today's authoritarian and corporatist movements that are dependent on being able to operate free of prying eyes.  Read that last sentence again only, this time, think of Stephen Harper.


Like any threat to authoritarian order, it would be unimaginable that the instruments of state power would not be deployed to push back and the resilience of Anonymous will soon be put to the test.  Yet I suspect they'll probably be difficult, perhaps impossible to take down.   The stakes are high for both sides but, like any insurgency, Anonymous need only survive to win. 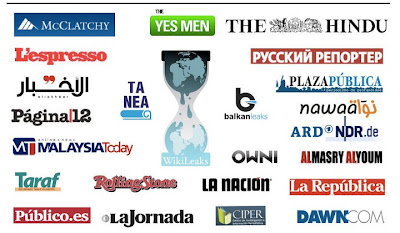 Email ThisBlogThis!Share to TwitterShare to FacebookShare to Pinterest
Labels: Anonymous

Linking the new images on the side bar of your blog :)

Great, the more the merrier