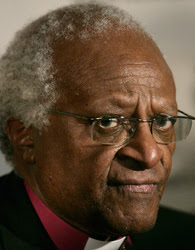 
Last November, the Guardian revealed that the UK government has been actively supporting Canada's attempts to stop the tar sands oil being designated by Europe as emitting 22% more greenhouse gas emissions than that from conventional fuels. The proposal, the Fuel Quality Directive, could effectively ban tar sands oil from Europe and would set a precedent of officially labelling tar sands oil as dirtier than conventional oil.

Baker has defended the UK's stance on the grounds that all different types of crude oil – not just tar sands oil – should be assessed as low, medium and high emissions. "To be clear, we are not delaying action in any way, but are seeking an effective solution to address the carbon emissions from all highly polluting crudes, not simply those from one particular country," he has said.  The foreign office has admitted such a system "may take some time" and would effectively kick the proposal into the long grass.
Posted by The Mound of Sound at 5:00 AM

There is no such thing as ethical and good oil, it's all bad. The dirty tar sands oil, is the dirtiest oil on the planet.

A Vancouver company, have discovered Vanadium is an excellent storage for renewable energy.

China has an abundance of Vanadium, they intend to use it, for their own renewable energy projects. Other country's are complaining of, China's terrible pollution is drifting into their country's.

The tar sands oil, is so horrifically polluting, the entire planet is in danger.

They have found acid in the ocean, right up to the shores of BC. Our oceans are on an, overdose of fossil fuel emissions. If we don't get rid of fossil fuels, the planet will get rid of us. If the oceans die, we die.

My old dad used to say. Man is the most destructive animal on earth, and the most stupid one at that. I always wonder what he would say, man has even managed to, pollute space with debris.

"There is no such thing as ethical oil." Really? Why? Because you say so? Many of the immigrants I work with would gladly work here rather at oil developments in Saudi Arabia where they treat their workers oh so ethically. I've lived in Fort McMurray for a few years now. No, the sky isn't falling. I find the air and water cleaner here than in a lot of places in southern Ontario.