What Business Does a Sitting Government Have Proclaiming Policies Another Government Would Have to Introduce? 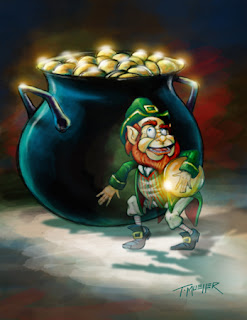 When Harper was in Davos he was practically busting to tell the high priced nobs that he was going to trim Canada's sails, especially our nation's Old Age Security programme.   That promptly backfired sending Tory MPs slithering for cover into their favourite dark places.

Not to worry.  Tiny Jim Flaherty, Harper's pet leprechaun, now assures us that old age pension security won't be cut until 2020 at least, maybe not even until 2025.   What?  In other words, some future government will have to implement the legislation, not Harper's.

Gee, I'd really like what passes for a government today to focus on the very real problems confronting our land today and stop dicking around with something some future government may or may not do.  Sheesh.
Posted by The Mound of Sound at 7:00 PM

Harper seems to think HE is king of Canada for life.

Why did he throw up this smoke screen? What about CETA no talk about that free trade deal with Europe with Harper selling us out even worse than Mulroney and his NAFTA disaster. This is Harper's modus operendi-distraction bait and switch whatever you want to call it and seems most fall for it hook line and SINKER!

This government is bad for my blood pressure. What a nightmare.

"We support public administration and local governments in driving profitable projects and working with our private partners." B2G