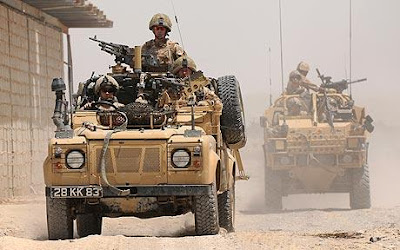 Britain has cut a deal with Kazakhstan to let it extract six billion dollars worth of equipment, including tanks and armoured personnel carriers, safely out of Afghanistan.   The Brits were scrambling for an exit after Pakistan closed the supply route via Karachi.

The plan is to get British vehicles and equipment to Kazakhstan and then by rail to the Baltic for shipment by sea back to the UK.

“When planning a military expedition into Pashtun tribal areas, the first thing you must plan is your retreat. All expeditions into this area sooner or later end in retreat under fire.”

So wrote British general, Andrew Skeen, in the early 1900s in his guide to military operations in the Pashtun tribal belt.  I guess some things never change.

But it's not only Western forces that are eyeing the exits.   A telling sign is the exodus of Afghans who don't want to be around when the Taliban return.   Getting out isn't easy.   Pakistan has begun forcing Afghan refugees back to their homeland.

There are a number of eerie similarities between our Afghan war and America's Vietnam war.   Are we beginning to see parallels in the way this one ends?
Posted by The Mound of Sound at 7:07 AM