Lookee What I Found In the Financial Times 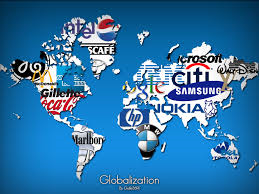 
“democracy, national sovereignty and global economic integration are mutually incompatible: we can combine any two of the three but never have all three simultaneously and in full”

Truer words were never spoken. This wisdom from Harvard prof, Dani Rodrik, who refers to it as "the inescapable trilemma of the world economy."

In coining that term, professor Rodrik exposes the grand lie we've been fed by every leader during the age of neoliberalism going back to Mulroney. They've all told us that we can indeed have it all even as they've steadily parceled our national sovereignty out the back door in the dark of night.

"Is the marriage between liberal democracy and global capitalism an enduring one? Political developments across the west — particularly the candidacy of an authoritarian populist for the presidency of the most important democracy — heighten the importance of this question. One cannot take for granted the success of the political and economic systems that guide the western world and have been a force of attraction for much of the rest for four decades. The question then arises: if not these, what?

"...Historically, the rise of capitalism and the pressure for an ever-broader suffrage went together. This is why the richest countries are liberal democracies with, more or less, capitalist economies. Widely shared increases in real incomes played a vital part in legitimising capitalism and stabilising democracy. Today, however, capitalism is finding it far more difficult to generate such improvements in prosperity. On the contrary, the evidence is of growing inequality and slowing productivity growth. This poisonous brew makes democracy intolerant and capitalism illegitimate.

"...Consider the disappointing recent performance of global capitalism, not least the shock of the financial crisis and its devastating effect on trust in the elites in charge of our political and economic arrangements. Given all this, confidence in an enduring marriage between liberal democracy and global capitalism seems unwarranted.

"So what might take its place? One possibility would be the rise of a global plutocracy and so in effect the end of national democracies. As in the Roman empire, the forms of republics might endure but the reality would be gone.

"An opposite alternative would be the rise of illiberal democracies or outright plebiscitary dictatorships, in which the elected ruler exercises control over both the state and capitalists. This is happening in Russia and Turkey. Controlled national capitalism would then replace global capitalism. Something rather like that happened in the 1930s. It is not hard to identify western politicians who would love to go in exactly this direction.

"...Meanwhile, those of us who wish to preserve both liberal democracy and global capitalism must confront serious questions. One is whether it makes sense to promote further international agreements that tightly constrain national regulatory discretion in the interests of existing corporations. My view increasingly echoes that of Prof Lawrence Summers of Harvard, who has argued that “international agreements [should] be judged not by how much is harmonised or by how many barriers are torn down but whether citizens are empowered”. Trade brings gains but cannot be pursued at all costs."

While the intricacies of the Trans Pacific Partnership are beyond the scope of this post it is plain that Mr. Wolf and professors Summers and Rodrik, make compelling arguments for rejecting the TPP.

Globalized free trade was sold to an anxious public on the promise it would create more jobs and higher wages. Instead, jobs disappeared and wages stagnated. Rather than bringing modest but uniform prosperity to the many, it has delivered enormous wealth along with commensurate political power to a privileged few. One need look no further than America's "bought and paid for" Congress and the ascendancy of illiberal, transactional democracy to see what global economic integration spawns.

For the sake of our children and theirs, we must stop this - now.

I think your post demonstrates what is the beginning of a more public acknowledgement that neo-liberalism is problematic and a failing ideology. The only real question is, will this growing realization translate into a new voice in progressive politics or will it only create a regression toward fascism?


It seems destined to head one way or the other, Kirby. Unfortunately Trudeau has joined an unbroken chain of federal leaders going back to Mulroney who were avowed global free traders. I'm not sure how many Canadians understand professor Rodrik's "trilemma" and yet it's inescapably true.

The only question I have, Mound, and i think it is a valid one, is this: Even if there is a growing awareness of the Faustian pact involved in global capitalism, with all of our political leaders in its thrall, what chance is there to change its trajectory?

I don't know, Lorne. They're causing us a lot of damage pursuing this now discredited ideology and that goes for the current office holder also. I think as a people we've become so inured to globalized free trade that we fail to demand better. Meanwhile the assault on our national sovereignty isn't really in the public mind. You have to realize what's being lost, that this really is a trilemma. I don't think people understand what's at stake.

It looks to me that there is a rogue elephant in Professor Rodrik's trilemma: the meta-national corporation. Maybe we should think of it as a quadrilemma. Meta-national corporations are totally self interested and really don't want any friction at all from democracies, sovereign governments or global economic rules. Three strikes and we are out.

We have to rein in big corporations, meta-national, multinational or local. The old fashioned nation state used to be able to control corporations but the globalization movement has simply cut the reins and let them run amok. It is now going to take an awful lot of concerted international effort to bring in solid rules, with teeth, that bring corporations under control.

From my ancient marketing days I remember: What's the most powerful word in the English language? "free"

I can see how this might be beyond young Trudeau but I would bet Butts gets it. I think he is afraid to face the IMF/USA/EU/World Bank and the kind of revenge they would inflict for deviating from party line.

The worst part of these deals is by far the Investor-state dispute settlement (ISDS) tools. (First invented for Mulrooney's' FTA I believe.)
The Europeans are pushing back on that in CETA and much of the anti-TPP is focussed there. It is an issue that is fairly easy to explain and give concrete examples of the harm.
Gutting the ISDS from the deals would be a huge win and a first step in regaining our sovereignty.

Globalised free trade was sold to an anxious public on the promise it would create more jobs and higher wages.

Blog after blog the question comes up of how to protect the status quo.
Rid ourselves of Neo liberalism, Socialism, Capitalism!
We want, this that , the other!
Never a mention of what we will give to humanity or what can the world sustain.
On the grand scale, even the one percent are inconsequential when discussing world event and the global footprint of a over populated humanity.

I'm not sure you can pick any two out of three:

@ Toby - I see the meta-nationals as the logical, perhaps ultimate manifestation of corporatism but that's still corporatism. See Theodore Roosevelt's "square deal" speech for the role corporations should play in a progressive democracy.

@ NPoV - I couldn't agree more. These ISDS provisions have to go. They are the instrument of surrender of state sovereignty to the corporate sector which is completely one-sided. The corporate sector gives nothing in exchange for these yielded powers. It sets them up as an unaccountable yet competing power structure. Damn every politician that has facilitated this surrender.

user3srsoftwaresolurtions said...
This comment has been removed by the author.
12:23 AM, September 03, 2018

Greed is a common enemy which
conquers so many of us.

So when you see an opportunity
to create wealth it’s natural
that greed can influence our
actions.

However, greed can lead to
indiscipline and sabotage.

The proof of wealth you
will see on this private page
will get your eyes rolling:

However the key to using
the information in this
video to your benefit, is
to stay focused and stay
disciplined.

However when you have a team
as successful as this to
guide you step-by-step
there is very little opportunity
to fail.

It could be the turning point
in your quest for financial
prosperity: