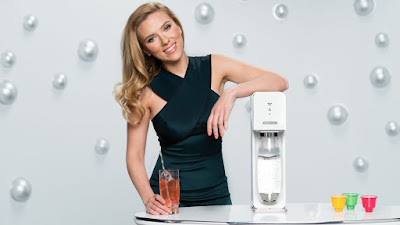 I knew Trudeau was "all hat and no cattle" when he threw his party's support behind the Tory motion to censure the BDS (Boycott-Divest-Sanction) movement. It was a profoundly un-Liberal act of political conniving, completely bereft of the nuance that once guided courageous Liberal foreign policy.

Now the head of SodaStream is speaking out and he's pointing the finger of blame, not at BDS, but at Trudeau's dear friend, Netanyahu.

Daniel Birnbaum, who has been at the centre of a series of rows that saw SodaStream’s factory moved from the occupied territories to a new site in Israel’s Negev desert, insisted it was untrue that his company had been forced to relocate by pressure from the pro-Palestinian Boycott, Divestment and Sanctions movement.

Instead, said Birnbaum in a hard-hitting interview in the Times of Israel that drew the immediate ire of Netanyahu’s office, it was Israel not BDS that was responsible for the 500 Palestinian job losses. Birnbaum, who was a key speaker at an anti-BDS initiative in the US earlier this year, accused Netanyahu and his government of perpetuating the conflict with Palestinians for its own benefit, describing Netanyahu as “the prime minister of conflict”.

He said: “It pains me to say that I believe this administration is nurturing the conflict in all its evil manifestations. They nurture the hate and the boycott and they nurture separatism.”

Birnbaum says it was Netanyahu who saw to it that SodaStream was unable to employ Palestinians when it relocated.

Describing a 2014 meeting with Netanyahu’s staff, Birnbaum claimed it was Netanyahu’s intervention that led to his Palestinian staff losing their permits and their jobs. “The PM saw the opportunity here,” he said, “and he created his manipulative spin at the expense of my loyal employees. The prime minister’s office actually intervened to stop the employment of our Palestinians so that Bibi [as Netanyahu is known] can then point a finger at the BDS.”

Makes no matter. With Slick at the Liberal helm and Steffie navigating the murky waters of foreign policy we shouldn't be surprised that we're stuck in Harperland.
Posted by The Mound of Sound at 10:25 AM

While I don't agree you on everything Israel wise, Mound, you are correct in your interpretations of Netanyahu and Trudeau. Maps of Israel and Palestine for the last 70 years or so , which you have posted, tell a story. Trudeau was a teacher; didn't he study history and geography at all? Netanyahu keeps making the situation worse; one wonders why Trudeau keeps siding with him. Like Harper before him, Trudeau has chosen his team (US, Israel, England, France, Germany and NATO) and what you and I think doesn't matter.

The BDS movement is radical left-wing. The Liberals are, and always have been, the party of the center.


Sure, Anon, the United Church of Canada is "radical left-wing." Then again you see the Liberals as a "party of the center." That's hilarious. Just because you can still barely slip paper between the Conservatives and the Liberals don't make the Liberals centrist. They're anything but.

@ Toby - you captured it all in four words, "like Harper before him..."

When Trudeau supported the BDS motion Mound, my first thought was not in my name. So much for fair play with Palestinians. By supporting the BDS motion Trudeau is sanctioning Israels occupation, violence, land theft and genocide of the Palestinian people.He is completely morally indifferent about the decision he has made.That indifference is what disturbs me most about him.We now know he does not care about human rights and is quite prepared in his own decision making to violate them if necessary. You're right that there is no difference between him and Harper. Trudeau is a man I think who does very little introspection. He makes decisions that seriously impact human beings in negative, sometimes destructive ways then he just moves on.

Hi Pamela. I have this nagging feeling that Trudeau is shallow, especially measured against his father. He's uncomfortable with nuance, a quality that once served the Liberals quite well. His world is black and white. Like Harper, he takes a side and the other side is, by definition, wrong or bad. That leads him into some pretty sophomoric policy positions.