The Summer That Never Was 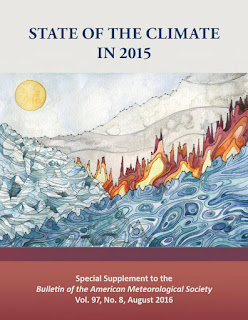 In recent weeks they've been hitting 30 degree Celsius plus record temps inside the Arctic Circle - first in Nunavut, then in Alaska and most recently in northern Siberia where the heating triggered an anthrax breakout.

We know all about the heatwaves you've been experiencing across Canada this summer. Heatwaves and droughts. It's all very interesting reading here in the land of the summer that never was. We've spent the summer struggling to get - and stay - in the low 20s. We're hoping for a high of 19C today. Remind me - it's August, isn't it?

While it's been hitting 30C in the far north and the high 30s to the south, we've been under the influence of a Pacific low pressure zone sitting off the coast of B.C., Washington and Oregon that's been keeping the air cool and the lawns watered. It's also delivered a sharp decline in the usual forest fire numbers.

The world is careening towards an environment never experienced before by humans, with the temperature of the air and oceans breaking records, sea levels reaching historic highs and carbon dioxide surpassing a key milestone, a major international report has found.

The “state of the climate” report, led by the National Oceanic and Atmospheric Administration (Noaa) with input from hundreds of scientists from 62 countries, confirmed there was a “toppling of several symbolic mileposts” in heat, sea level rise and extreme weather in 2015.

Meanwhile The Guardian's enviroscribe, George Monbiot, writes that the climate crisis is already upon us.


Eight months ago in Paris, 177 nations promised to try to ensure the world’s average temperature did not rise by more than 1.5C above the pre-industrial level. Already it has climbed by 1.3C – faster and further than almost anyone predicted. In one respect, the scientists were wrong. They told us to expect a climate crisis in the second half of this century. But it’s already here.

Most of us once thought (many still do) that the global warming/climate change problem is one that we could confidently kick down the road - something our grandkids or great-grandkids would have to deal with. It should be alarming that our petro-pol, prime minister still acts that way. The Earth is melting and Slick is busy mapping out routes for pipelines - when he's got time between photo ops. That's Justin Trudeau giving Canadians a giant "Fuck You."
Posted by The Mound of Sound at 10:55 AM

Mound, I have a theory. It looks to me like the wealthy elite (those who can afford air conditioning) look to global warming for future profits. Every fire, hurricane, tornado and flood represents a financial windfall to the construction industries. Etc. Global warming is disaster capitalism at its worst.


There are some who see the opportunity, Toby. Those people are pitted against even more powerful and affluent forces who see even bigger returns ahead from maintaining the status quo as long as possible.

Toby, while fires, storms and floods represent windfalls for construction companies, they also represent huge losses for the people, insurance companies and governments that will pay for reconstruction.

You can expect significant increases in the cost of home insurance, as well a proliferation of policy exclusions. For example, it's already impossible to buy insurance that will respond to overland flooding. As the people of High River, AB, found out, if torrential rains cause water to flow over your property and into your house through the doors and windows, don't look to your insurer for coverage.


Cap - I currently have earthquake insurance in case the "Big One" hits. Yet I wonder if seismic activity indicates that megaquake is a few years off, will our insurers quickly stop writing these policies?

The flood insurance problem is going to become the most troubling. Insurers can't set premiums that don't deliver profits and customers won't pay the sort of premiums necessary to fund that coverage.

Some of the major re-insurers, such as Munich Re, periodically issue forecasts of risk coverage. Some of them contemplate the point at which certain risk policies will no longer be available. They know the day is coming. Our political castes may be reluctant to accept the science of climate change but there's no excuse for them to reject the conclusions of the insurance sector.