You Can See It From Space 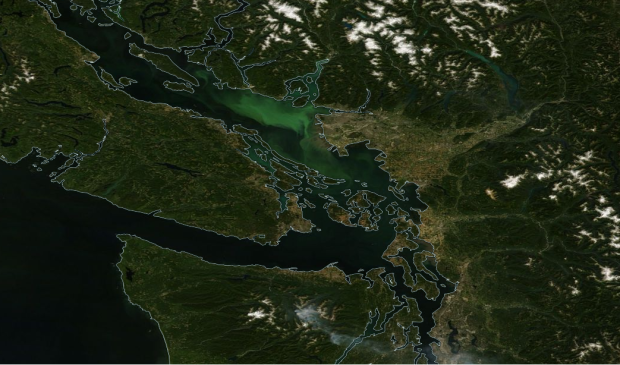 The inland waters separating Vancouver Island from the mainland are beset by a massive algae bloom.  The image above was captured by a NASA satellite.

So far the bloom is not considered dangerous to human or marine life.

The scientist behind Vancouver Island University's harmful algae monitoring program, says coccolithophorids are the cause.

Haig says coccolithophorids bloom near B.C. during the summertime are normal but where it's blossomed this year, is notable.

"It's a group that blooms quite often off the west coast of [Vancouver] Island in June or July of most years, but we don't usually see it in the Strait of Georgia."

She says she doesn't think warmer ocean temperatures are the cause, but it could be related to increasing ocean acidification which signals climate change.

With the bloom ongoing, she says more time and research is needed to truly understand what is going on in the water.

"It could be a climate change story, but it could also be a once in 20 year or 50-year event," she said. "We're still trying to figure that out."

For those familiar with the dark emerald green waters of majestic Desolation Sound, here's what the place looks like today: 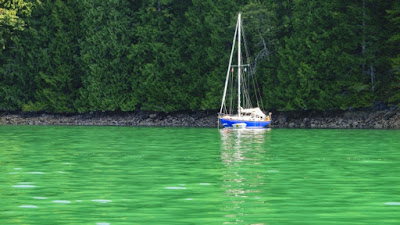