Taking Responsibility for the Carnage 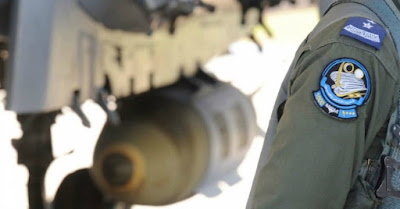 Our federal government - not the last one, the new one - the Liberal government, has to accept that Canada is now complicit in the carnage and humanitarian disaster of Yemen.

Just because we don't acknowledge the existence of the "coalition" or that it's headed by Saudi Arabia, not the United States, doesn't mean we're not part of it, a partner. In today's Globe and Mail, Elizabeth Renzetti writes that Yemen is the war Canada cannot afford to ignore.

This brutal conflict should be in the spotlight, especially in countries that supply arms to Saudi Arabia, which leads the coalition accused of causing most of the civilian deaths. Countries such as Canada.

This year, the Liberal government approved $15-billion in sales of light-armoured vehicles (LAVs) to the Saudi kingdom, a sale that gave this country the dubious honour of being the second-greatest exporter of arms to the Middle East, The Globe and Mail’s Steven Chase reported in June. Earlier versions of Canadian-made LAVS seem to have been used in the war against Houthi rebels in Yemen, The Globe reported in February.

Human-rights groups protested against the sale, but otherwise there has been little public outcry.

The government’s argument for selling the combat vehicles to a country with an abysmal human-rights record boiled down to, “it creates jobs,” and “if we don’t, someone else will.” Those are lousy arguments for a country aiming to be a leader in global freedom and progress.

...The war in Yemen is said to be a proxy war that Saudi Arabia is waging with Iran through the Houthi militia, but there’s nothing proxy about a bomb landing on a wedding celebration.

“The resilience of the Yemeni people has been stretched beyond human limits,” the UN report warns. It calls for an independent report into the civilian devastation, which may be cold comfort to the people who are being bombed in marketplaces, schools, factories and hospitals.

A ceasefire ended in early August, which has caused the destruction to increase again. Médecins Sans Frontières (Doctors Without Borders) recently withdrew its staff from six hospitals in northern Yemen, after a devastating hospital bombing on Aug. 15 killed 19 and injured 24.

MSF said it gave the GPS co-ordinates of its facilities to the warring parties. Announcing its pullout from the region, the medical aid group said: “MSF is neither satisfied nor reassured by the Saudi-led coalition’s statement that this attack was a mistake.”

...“The United States is complicit in this carnage,”The New York Times wrote in an editorial about the war in Yemen this week.

If the United States is the No. 1 supplier of arms to the Middle East, Canada is now No.2, according to figures compiled by the defence-industry publisher IHS Jane’s and reported in The Globe in June.

Let's be honest. If this was going on under the Harper government, Liberal critics would be having a field day of righteous indignation. When it's their team holding the reins they either rationalize it or look the other way.


In case you're wondering about the picture above, that's a Saudi F-15 pilot's flight suit and behind him, slug on a stores rack, is a cluster bomb.
Posted by The Mound of Sound at 10:55 AM

You're right. I was looking at the fat casing, not the guidance system.

You're both right. It's a CBU-105 - a CBU-97 cluster bomb mounted with a JDAM guidance system.

Which just goes to prove that there are some sharp eyes and minds that visit this blog.