PTSD For the Masses 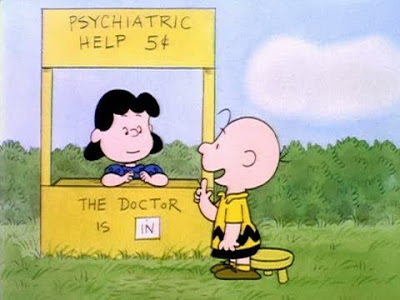 Think of it as PTSD for the masses. No war fighting experience necessary. Post-Traumatic Stress Disorder mainly delivered to your home free of charge through your television set or those floodwaters pouring through your front door.

So, if it's not going to be aerial bombardment or high velocity machine gun fire, just how does it work? Simple, climate change. It'll drive you bonkers, maybe.

I set out this summer to look into the toll climate change was taking on scientists researching in the field. There have been a number of anecdotal stories of researchers in therapy or others quitting their jobs to take up a quiet teaching position in some community college or high school, anything to  get away from the grinding reality of climate change.

As expected there's plenty of research into researchers into climate change matters. It does seem to be a crappy job with iffy long-term prospects. You might want to steer your kids into some other field - an exciting career in payday loans perhaps?

Right about now you're probably asking, "but what about me?" Right you are. Got you covered.  Turns out there's plenty of ongoing research into that too - you, I mean.

Last summer Britain's foremost medical journal, The Lancet, published the first papers of its Commission on Health and Climate Change. Most of the papers addressed the physical impacts of climate change on the general population. Maybe not the best bedtime reading.

There's plenty of research into the mental health toll climate change is expected to exact. The US National Institutes of Health has several papers. Here's one predictive synopsis:

Increasing ambient temperatures is likely to increase rates of aggression and violent suicides, while prolonged droughts due to climate change can lead to more number of farmer suicides. Droughts otherwise can lead to impaired mental health and stress. Increased frequency of disasters with climate change can lead to posttraumatic stress disorder, adjustment disorder, and depression. Changes in climate and global warming may require population to migrate, which can lead to acculturation stress. It can also lead to increased rates of physical illnesses, which secondarily would be associated with psychological distress.

Special attention is being paid to farmers and farming communities. Sucks to be them. Maybe not so much. More data is needed but did you know that farmers start off with one of the highest rates of suicide by occupation?

An outfit calling itself Psychologists for Social Responsibility suggests that in developed countries the emotional aspects of climate change may dominate. Here's what they figure Americans can expect.

Heat waves that can engender increased interpersonal violence, anxiety, depression, and reduced work capacity apart from sickening or killing those unable to find the means to remain cool. Recall Chicago in 1995 when about 700 people died during a massive heat wave, and across the country in 2006. Also, consider the European heat wave of 2003 that killed more than 45,000 people and created a host of human stressors, anxiety, and depression for those who survived.

Prolonged droughts, heavy rains that run off quickly, and less snowfall, such as we’ve seen recently in the West, Southeast, Southwest, and Rocky Mountain states -- which can contaminate or diminish water supplies, severely limit farming and food production, and cause damaging flash floods that all contribute to stress, anxiety, and depression.

More and/or more-powerful storms, such as we experienced with Hurricane Katrina, that include infrastructure-destroying flash floods, storm surge, and damaging winds; displace tens of thousands of people; and disrupt the normal rhythms of families and communities for months or years if not forever. Research continues to show the severe and persistent psychological consequences of these events in adults and children.

Sea level rise, which will create inordinate stress, depression, grief, and post-traumatic stress as it inundates many of our coastal areas and displaces tens of thousands of U.S. residents or requires us to build walls and enlist other costly means to keep the water from harming our communities and polluting our water supplies.

More polluted air, which causes asthma; increases risks for a host of diseases, including heart disease and cancer that have their own mental health sequelae; and is associated with higher rates of anxiety, depression, and even schizophrenia.

Stress, anxiety and depression, okay, but schizophrenia?  Abnormal social behaviour and inability to distinguish what is real... hmmm, that does sound a bit like the denialist tribe. Can cognitive dissonance lead to flipping out? I suppose that does make sense.

Given the recent catastrophic flooding in Louisiana, this warning from the Union of Concerned Scientists seems timely:


“An intensely traumatic event will have a substantial effect on the mental health of many survivors,” said psychologist and researcher Carl F. Weems, an associate professor at the University of New Orleans. “The more severe and intense your exposure to traumatic experiences during a disaster, the more likely that you will have severe mental health symptoms. If you watch someone die or your house floods, you tend to have more intense effects.”

...According to Weems, research suggests that between 25 and 50 percent of all people exposed to an extreme weather disaster may have some adverse mental health effects, the degree of severity depending on a number of things, including the person’s age, coping capacity, and proximity to the devastation.

“When you have one of these massive disasters, the effects are long-range,” he said. In the wake of Hurricane Katrina, for example, researchers found no decline in cases of posttraumatic stress disorder symptoms even after more than two years. “Even now we have seen a relatively small drop-off in symptoms. This suggests that we will have to respond to future disasters in new ways, that different kinds of interventions are needed three and four years down the road.” Weems added that the current federal disaster response policy makes little provision for long-term mental health treatment.

Lise Van Susteren (yeah, Greta's "normal" sister) is mentioned in a report in psychiatry.org where she discusses what she calls "Pretraumatic Stress Disorder."


Lise Van Susteren, M.D., a psychiatrist in Washington, D.C. and co-author of a report on climate change and mental health from the National Wildlife Federation(3) notes that “We are seeing right now a full range of psychiatric conditions associated with climate change. In the aftermath of extreme weather events, especially, we see acute cases of people depressed, anxious about the uncertainty of their living conditions, about the future, their possessions and livelihoods. Some develop PTSD.” Van Susteren also notes that higher temperatures and heavy rainfalls are also associated with increased use of alcohol and drugs, a rise in the crime rate (assaults and murders) and higher suicide rates.

Stress and anxiety about potential climate threats is also affecting some. “Pretraumatic stress disorder is being seen among activists, some climate scientists and young people who can’t stop thinking about the disasters that lie ahead,” said Van Susteren. ”They struggle to force the unwanted thoughts from invading joys they “should” feel in the present.”

Speaking from personal experience, perhaps the best remedy for Pretraumatic Stress Disorder is age. Informed seniors know they've got a reserved seat on the last chopper out of Saigon. Sorry folks but we'll leave you all our stuff. Hope that helps. 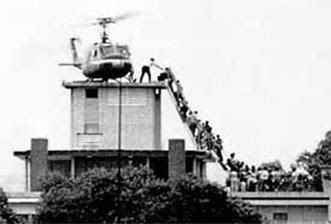 Stress, anxiety, PTSD keep being brought up in the medical/psychiatric literature much of it firewalled. It seems pretty clear that we can expect some significant change in our communities, our society as these impacts set in and spread. Governments, already cash strapped, will be hard pressed to respond effectively.

We can't blame governments for all - or most of our woes. The finger we should be pointing is at ourselves. I'll finish up with this passage from the American Psychological Association.

...why have we — as individuals and as a society — generally failed to reduce our greenhouse gas emissions in the face of such serious consequences?

According to Anthony Leiserowitz, PhD, the director of Yale University's Project on Climate Change Communication, it's because "you really couldn't design a worse fit for our underlying psychology" than climate change.

The pain of paying more for gas at the pump, turning down the thermostat, or deciding to forgo airplane trips is real and immediate. And yet those actions can feel minuscule compared with what needs to be done to limit global warming. Meanwhile, the most serious consequences of climate change seem remote — far away and far in the future.

"It's kind of the perfect challenge," says Columbia University psychologist Elke Weber, PhD, who studies environmental decision-making. "The costs [of reducing carbon emissions] are immediate and upfront. But the benefits come in dribbles and with great uncertainty. The public doesn't easily have the tools to think about that and weigh costs and benefits and outcomes."

i picture Lucille Ball in the chocolate factory
climate change is just the gravy at the end
ground poisoning, air poisoning, oceans dying, GMOs,1800 nuclear tests, depleted uranium,Fukushima, food insecurity, species extinctions,religious zealots, nato verses russia,overdue plate shifts and volcanic activity, endless surveillance and security measures, media manipulation and disinformation, inept government and political blindness,economic inequity, gene manipulation.....the list is endless.
add to childhood sexual trauma, a few physical handicaps, a series head injuries, and being surrounded folks that the main topic is the shade of green to paint the house,
it is good to be old
and my fondness for beer is understandable
i have zero hope for the future


Yes, the list does seem to be endless. Rekindling of the Cold War, the establishment of PermaWar in the US - wars without end or result. A beer call seems obligatory. It is good to be old.

You know what.....we will all be killed off but the earth will keep on going.

The general public wish to believe in neo liberalism and unfettered growth it suites their narrow minds.
FFS Mound you and I live in a Province ruled by neo Liberals ; how can you say the idea is dead whilst it flourishes in BC?
As of today neo liberals will win the next BC election!
Why; because when faced with the truth ( hard choices) the masses will vote for the perceived easy way out no matter how big the election lie.

Hi, TB. Did you mean to leave this comment on another post, something about globalism and neoliberalism?

This will sort out your paywalled research problems: http://sci-hub.cc/

Hi Boris. Thanks muchly for the link. I'd never heard of sci-hub. I'll bookmark that for sure.

Did someone say Alvin Toffler?