Our Moment of Truth 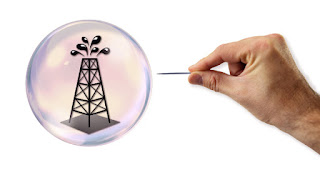 Doctors do it a lot. They read the Riot Act to patients living seriously unhealthy lifestyles. "You either stop this, or you'll die." Sometimes it works. Sometimes the patient ignores it and brings on the predicted outcome.

The leaders of the world are about to have their own "You either stop this or else" moment in Geneva later this month when scientists gather to reveal the carbon diet they have to go on if we're to have any decent chance of saving human civilization.

How about this prescription? Shut down all coal-fired power plants and halt the use of combustion engines around the globe within 15-years. No more gas or diesel-powered cars or trucks or trains or ships by 2021. The internal combustion car you've got now may be your last because if world leaders commit to putting the survival of mankind ahead of the economy, manufacturers won't be building them much longer.

The magnitude of that challenge is almost impossible to comprehend. 15-years is the blink of an eye for something like a sweeping end to petroleum. That's not to say it can't be done. It will however be enormously dislocative for a society that George w. Bush lamented is "addicted to oil."

It would be an absolute bitch for the Petro-Pimps of Parliament Hill. Slick Justin, like his alter-ego Shifty Steve, is committed to the expansion of the Athabasca Tar Sands and is banking on a similar expansion of bitumen sales abroad. The remedy scientists are prescribing would be a real kick to Justin's political family jewels.

Then there's the economy to consider, the global economy, the stock markets. What the climate scientists are demanding would mean bursting the Carbon Bubble. Global stock markets are carrying an estimated 27 Trillion US dollars in proven fossil fuel reserves. Banks, pension funds and other institutional lenders are massively invested in those hydrocarbon assets. Imagine wiping out that much wealth almost overnight.

It's not like we haven't been warned. The Bank of England, the Exchequer and the London Stock Exchange have, for years, been telling anyone who would listen that the markets are dangerously exposed to this massive Carbon Bubble.

At the Paris climate summit last December, the Potsdam Institute's Hans Joachim Schellnhuber warned that mankind's only hope for survival depended on governments triggering an "induced implosion" of the fossil fuel industry.

This sets the scene for a truly ugly battle of Herculean proportions that pits the fossil fuelers against mankind itself. The energy giants will fight back, hard. What remains to be seen is which side our political caste will join. Will they choose their people or their patrons?

My guess is that the politicos will side with the fossil fuelers while pretending to serve the people. You'll know they're about to betray you if they come out with "schemes." If they start talking carbon pricing or cap and trade measures what they're doing is buying time for the energy giants and foreclosing the final opportunity we have for a massive shift from carbon fuels. It's all a matter of time and the clock is running out.

I agree with your prescription Dr Mound. However, you left a few symptoms out of the diagnosis. How will we deal will fuel guzzling passenger aircraft? I see contrails in the sky everyday and that can't be good. Also, the global military machines guzzle a lot of fossil fuel everyday. How would we deal with that? Electric tanks? Electric fighter aircraft?

I think we should seriously downgrade the size of our military, agree to worldwide peace where the military is only used for defence and civilian support purposes. We should ground all commercial jet aircraft and agree to use slower, but more energy efficient modes of transport such as electric trains and ocean liners. Would this be possible? I doubt it, but I live in a dream.

And how about trains, re-introduced to our Canadian Society for travelling this country. So much for electric cars...they are still made using oil.

In any endeavour involving human beings outcomes can always be foretold by identifying the course requiring the of maximum folly.

@ Anon. I thought about the aircraft problem but I have no answers for that. One option is to switch aviation to biofuels only. Produce their hydrocarbons from the surface carbon cycle, eliminating fossil energy. It can be done. Boeing recently began a pilot project to extract bio-oil from wood cellulose. One thing climate change has brought us is dead and dying forests. Everything from beetle infestations to heat and drought stresses are claiming thousands of square miles of once viable forests that previously served as carbon sinks. Now they stand dead and dying, transforming from carbon sinks to carbon bombs as they succumb to forest fires. Harvest that dead wood, extract the energy from it through pyrolysis (bio-oil and bio-gas) before nature can consume it, replant it with more climate change resistant species, kickstarting the carbon cycle again. I've been researching this for years and it is viable, even profitable. With non-essential energy switched from hydrocarbon to renewable electricity we may meet most if not all of our air transport fuel requirements from the surface carbon options.

The other high-energy option is the hydrogen fuel cell. Whether that could be engineered to be suitable for aviation purposes remains to be seen. I'm not aware of any demonstration technology as yet.

Christ, Dana, I hope not. If you're right it should make you grateful you're no longer a young man.

The first step in the plane problem is eliminating short hops. I makes no sense at all to fly Calgary to Edmonton or Toronto to Ottawa. High speed rail should be able to do that.

I remember reading this is in the Democratic platform. Hillary touted it at a rally funded by the fracking industry. Moooooooooooooo!

BC Hydro has 11,000 megawatts of clean, renewable hydro electricity.

Used to be fully owned by the province, now partly privatized and being driven deep into debt.

Three weapons you can arm yourself with today. If this was the minunum spec for all cars sold we would be half way there.