Practice What You Preach, Junior 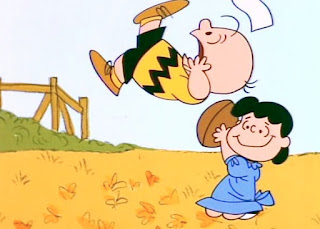 Justin Trudeau is talking "vision." CBC reports he had this to say at a caucus meeting in Saguenay, Quebec:

"As a government, we need to look 40 years down the road, not just four. To the next generation, not just to the next election."

Nice talk but does he mean it? Given his track record to date Trudeau hasn't shown much, if any, regard for the next generation.

For example, with the Earth's temperatures already soaring to one record high after another, his government insists on pimping the world's highest cost/highest carbon fossil fuels, bitumen. What does he imagine that's going to do for the next generation?

Despite a growing consensus that now includes the International Monetary Fund that globalism is both a drag on world economies and fueling dangerous levels of inequality, the Dauphin prides himself on being a free trader in the global markets.

The hard truth is that there can be nothing good for the next generation premised on a continuation of neoliberalism, the default operating system Slick inherited from Shifty and seems determined to perpetuate.

It's nice talk but we had plenty of that from Junior in the last election campaign and, ever since, whenever he's come up to the hard issues, he's buckled and retreated.

He's lost my trust and, with it, my respect. He can always earn it back and I so wish he would but it's going to take more than words. I know the value of his words.

Is it cluelessness? Or indifference?
More of the latter, it appears. He's in position where he's probably the first, or should be the first, for receiving reports such as how much we've underestimated how much greenhouse gases have been frozen for millennia, and are now seeing release from the melting permafrost. Some are saying perhaps we've underestimated it by 100 times. Others stating as much as 900 times.
That's nightmarish. It should be nightmarish. And yet it seems as though for Trudeau, it's business as usual. Except for the part where he basically fires his Environment Minister.
A huge carbon sink becoming a huge carbon bomb. Tick tock, tick tock.
The stark reality is Trudeau has Canada backed up on its heels. When the bomb goes, so goes too Canada. Goodbye. So long. And thanks for all the fish!

.. I believe we need to recognise the 'desertification' within Canadian governments today, both federal and provincial. Exactly as this process may occur in nature, its certainly happening in the human culture of 'politics' and the related parasitic habitats of corporatism. Its quite possible the dead roots are in the shallow ground of Authoritarianism & faux Religionism .. thus in Canada we see the examples of a Stephen Harper, a Jason Kenney, Tony Clement, John Baird, Andrew Scheer, Christy Clark, Brad Wall et al.. These new creatures temporarily thrive off the fat of the land (the host) & are able to still subsist down to the last drop of life. Then comes the great ascention, some biblical fable timetable that makes it sll righteous.. Strip & poison the land air and waters.. get the resources off to Asia.. get rich, tell folks whatever works to keep you looking wonderful.. but just under the skin they're completely full of shit. They're insatiable.. and truly speaking, essentially insane.. Witness the rising of Donald Trump .. as potential leader of the pack..

I find myself feeling as you do about Trudeau, Mound. While I have not entirely surrendered hope that he and his government might do something great, like you, I am dubious but could be won back by some serious policy-making that reflects today's reality, not the neoliberal wet-dream that far too many are still in the thrall of.

Hey, Troy. The permafrost, yes. What to do? Few remember when the pols fixed on 2 degrees Celsius of warming as the "do not exceed" number that it was based on an "or else" element. Past 2C we recognized that we were likely to cross tipping points that would trigger natural, runaway global warming. This would occur in the form of natural feedback loops, a chain of them. Each had its own knock-on effects, worsening something else.

We're so busy trying to figure out the man-made component that we have a weak grasp of these natural feedback loops already underway and the knock-on effects they're triggering. The chains are rattling but no one hears.

Thanks for the links.


Hi, Sal. I think many sense, as you have, how our governments have atrophied, an inevitable contagion of neoliberalism. Trudeau recently spoke of the future and vision but that's a dream so long as our sovereignty and, with it, our democracy is indentured to corporatism. Trudeau, like many world leaders, now walks with blinders that define his vision, narrow his horizon. Transnationals, meta-nationals now amass elements of sovereignty from the nations that indulge them while operating free of any responsibility to those states. They have created a shared sovereignty, freely and for no value given them. If we don't free ourselves of those shackles, Trudeau's talk of vision and future generations is mere pap.


@ Lorne. Yes, my friend, you and I are in the same boat on this. By the way did you notice that small leak in the bottom near the transom?

I don't think there is any way that Trudeau will change his neoliberal policy agenda Mound. I would be prepared to forgive all if he did, but he won't. It is not Trudeau who decides policy, it's his advisors and there is no way they are going to abandon neoliberalism policy domestically or globally.

I'm sure you've noticed how Trudeau constantly talks about doing "trade" deals. It's his new mantra! I think you called him our 'mercantile' PM one time. Spot on description as your calling him a technocrat was. I don't think he even knows what neoliberalism is. I think we would be shocked at the extent of his ignorance and that ignorance has made him a target of almost total manipulation from the corporate elite and his advisors regarding policy creation.

I'll make just a few predictions. Bill C-51 will be kept with just surface changes. It will also be used to try to stop or at the very least control the BDS movement and other protests for that matter. The chiefs of police motion, to acquire the passwords of Canadians just by law enforcement asking, will on some level be supported and will function through Bill C-51. The government wants to set up investigative measures to stop radicalization of people joining ISIL. This is where they may support police getting individuals passwords. CETA, TPP and all other "trade" deals will be signed and ratified.

Trudeau will approve the building of pipelines. The liberals will get more militarily involved in NATO's Eastern European expansion. They will also get involved in some way with the US military and the US neoliberal global policies in Africa.

Hillary Clinton in her speech to AIPAC said she wants to take the US's relationship with Israel to the next level.What I take away from that is that Israel can go ahead and take over most of what's left of Palestinian land, no matter how much violence will be involved in doing this. If Hillary becomes president Trudeau will support her and Israel in this decision.

The liberals will continue to court their number 1 choice for the ambassador to China position. He is a business executive with McKinsey Consulting and has already said no to the appointment. The liberals are still trying to persuade him to accept the position. They think business expertise is more important in an ambassador then diplomatic expertise.He can be a shill in China for the liberals neoliberal global agenda.

Funding for social programs provincially and federally will be greatly reduced making it hard for these programs to function efficiently. Eventually the liberals will introduce privatization as an alternative, starting as a parallel option.

What a difference 3+yrs. will make. Canadians will start to realize that their government has no interest in keeping Canadian democracy, nor do they care about protecting Canadians rights.Trudeau may then cut back on the number of times he communes with the Canadian public, because more and more he will be met with angry crowds.

Trudeau will bolt when the going gets rough.

Sorry if I seem to be just venting.