Will the Real Donald Trump Please Stand Up 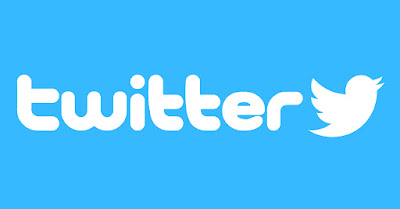 By now everyone is familiar with Donald Trump's use of Twitter to communicate with his supporters. Trumps tweets are a regular source of outrage among his opponents. They're a vehicle for spreading anger, bombast, threats, even racism.

But what if only some of those tweets were really Trump's? According to a report in Scientific American, Trump has been using ghost-tweeters. An analysis has been able to distinguish the tweets that Trump has sent from those written by others using his account. The creepy part is that the really nasty tweets, the worst of the lot - they're Donald Trump's.

Earlier this month visual effects artist Todd Vaziri put forth the idea that Republican presidential candidate Donald Trump likely shares his Twitter account with campaign ghostwriters. The assumption was based on the curious differences in tone and message of @realDonaldTrump on the social media platform. According to Vaziri, Trump most likely used his Samsung Galaxy Android smartphone to tap out the most inflammatory microblog messages whereas the more toned-down tweets came from his staff using their iPhones. Now a quantitative analysis has proved him correct.

Data scientist David Robinson saw Vaziri’s speculation, which was neither new nor terribly shocking, as the perfect opportunity to test new tools he had developed to analyze the emotions behind social media posts. After mining nearly 1,400 messages from @realDonaldTrump, Robinson confirmed that the account’s Android and iPhone tweets were from different people who posted at different times of the day and used hashtags, links and retweets in distinct ways. He also found that Trump’s Android tweets were for the most part angrier and more negative than his staff’s iPhone messages, which generally featured benign announcements and images. “My goal was to determine the difference between the iPhone and Android tweets—and to see whether the suspicion of Todd Vaziri and others could be backed up quantitatively,” says Robinson, who last year earned a PhD in quantitative and computational biology from Princeton University and now works for Stack Overflow, a question and answer site for computer programmers.

Robinson found that Trump himself uses nearly double the number of words related to disgust, sadness, fear, anger and other negative sentiments than tweets posted to his feed via iPhone. In addition, the iPhone tweets were 38 times more likely to contain either a picture or a link, which Robinson attributes to the campaign’s interest in calling attention to significant events and projecting some semblance of diplomacy, such as wishing the U.S. Olympic team good luck.
Posted by The Mound of Sound at 2:42 PM