An Open Book or How to Aid and Abet Your Enemy 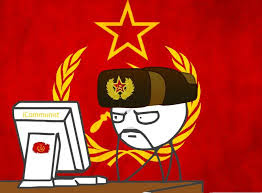 Most of us, I suspect, realize that Trump is doing neither himself nor his country any favours with his impulsive and often imprudent tweets. We may realize it but there's nothing like an expert's take on the presidential predilections. These insights come courtesy of Nada Bakos, a former CIA analyst and "targeting officer."

Every time President Donald Trump tweets, journalists and Twitter followers attempt to analyse what he means. Intelligence agencies around the world do, too: They're trying to determine what vulnerabilities the president of the United States may have. And he's giving them a lot to work with.
Trump's Twitter feed is a gold mine for every foreign intelligence agency. Usually, intelligence officers' efforts to collect information on world leaders are methodical, painstaking and often covert. CIA operatives have risked their lives to learn about foreign leaders so the United States could devise strategies to counter our adversaries. With Trump, though, secret operations are not necessary to understand what's on his mind: The president's unfiltered thoughts are available night and day, broadcast to his 32.7 million Twitter followers immediately and without much obvious mediation by diplomats, strategists or handlers.At the CIA, I tracked and analysed terrorists and other US enemies, including North Korea. But we never had such a rich source of raw intelligence about a world leader, and we certainly never had the opportunity that our adversaries (and our allies) have now - to get a real-time glimpse of a major world leader's preoccupations, personality quirks and habits of mind. If we had, it would have given us significant advantages in our dealings with them.

While Trump was new to national politics when he started his presidential campaign in 2015, he wasn't new to Twitter. A review of his old tweets would reveal how well flattery can work to get his attention and admiration.
...

What Trump doesn't say can be very revealing, too. For instance, the lapse of time between when the USS Fitzgerald collided with a cargo ship off the coast of Japan (12.30pm on June 16, in Washington) and when the president tweeted about the incident (10.08am the next day) was nearly 23 hours. The tragedy marked the US Navy's most significant loss of life aboard a vessel since terrorists bombed the USS Cole in Yemen in 2000.
...

The president's frequent contradiction of his own aides also provides useful intelligence for foreign analysts. Last month, Trump tweeted that it was "not possible" for administration officials to be perfectly accurate in describing what his White House is doing. Why not? Is the White House not coordinating messaging? Has Trump defined his own course of action, regardless of what his Cabinet or staff has been told? Policy and public diplomacy typically require interagency coordination, but Trump forces the US government to react to his whims instead - which makes his Twitter feed that much more important to analyse and understand.

Analysts can glean information about Trump's sleep patterns from the time of day or night when he tweets, showing which topics keep him up, his stress level and his state of mind. Twitter also often reveals what Trump is watching on TV and when, as well as what websites he turns to for news and analysis. Knowing this can be useful for foreign governments when they are planning media events or deciding where to try to seek coverage of their version of world events.
...

Analysts would also be likely to use technology to perform content analysis on the president's tweets in the aggregate. Intelligence agencies can employ a more robust version than the open-source projects that news organisations have used, because they can marry Trump's tweets with information they collect through intercepts and other means. Software could look for patterns in speech or word categories representing confidence related to policy, whether Trump is considering opposing points of view and if he harbors uncertainty toward any subject. Computers can perform metadata analysis to build timelines and compare Trump's Twitter feed with his known public schedule, creating a database of when and where he tweets and what else he's doing at the time. Anything that provides a digital footprint adds context to the analysis.

I'm leaning toward just listening to this piece of music every day and ignoring everything around me.

I defy anyone to analyse Trump.
Hence the confusion and angst.
He will leave disarray in his footsteps and no one will know why.

We will be discussing Trump for a thousand years.

His tweets are his Presidential Library.
And, evidence.
Keep 'em comin', Mr. Prez.

Anyong....Analyse the people who voted the man into power. There will be your answer.