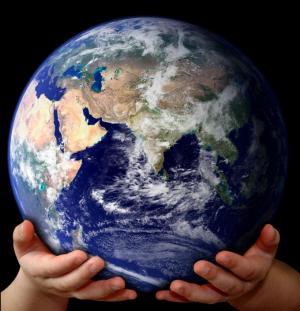 Good news! No, sorry, I'm just messing with you.

From the "Howling at the Moon" file, three reports.

From The Guardian, Damien Carrington writes that the extreme heat that hit Europe in June, and claimed lives in Portugal, was clearly linked to climate change.

Much of western Europe sweltered earlier in June, and the severe heat in England, France, Belgium, the Netherlands and Switzerland was also made significantly more likely by global warming. Such temperatures will become the norm by 2050, the scientists warned, unless action is taken to rapidly cut carbon emissions.

Scientists combined temperature records and the latest observations with a series of sophisticated computer models to calculate how much the global rise in greenhouse gases has raised the odds of the soaring temperatures.

They found the heatwave that struck Portugal and Spain was 10 times more likely to have occurred due to global warming. In Portugal, 64 people died in huge forest fires, while in Spain 1,500 people were forced to evacuate by forest blazes.

Time magazine, meanwhile, warns of a study that shows climate change could trigger another recession, this time a permanent economic collapse.

Climate change will wreak havoc on the U.S. economy, leading to as much as a 3% decline in national GDP by the end of the 21st century if left unaddressed — and losses will be far higher in some of the country's poorest areas, according to a new study.

Researchers behind the study, published in the journal Science, evaluated a number of factors that will contribute to economic decline as average global temperatures continue to rise, including increased energy costs, coastal damage, mortality rates and damage to agriculture. The study authors did not assess some other factors that carry economic costs, like damage to biodiversity, because such losses can be difficult to quantify.

Trump's "low information" voters are in the crosshairs:

The southern U.S. and mid-Atlantic region will face the worst losses, while some places in the North may actually benefit from higher temperatures, according to the study. In the places where climate change hits hardest — think the entire South from Texas to Florida — the economic losses could be nothing short of devastating. In many locations, GDP decline could total more than 10%, and in the worst-hit county, Florida's Union County, losses could near 28%.

Predicting the exact consequences of such a climate-fueled recession is impossible, but researchers say the geographic disparities would contribute to political instability and could drive mass migration, with effects felt across the country. "If we continue to emit, you go into this recession and you get stuck in it forever," says study author Solomon Hsiang, an associate professor of public policy at the University of California, Berkeley. "Conflict and political instability — those kinds of things we don’t see today, but could be baked into the future."

"Baked into the future." There's a certain irony to that phrase, isn't there?

The Guardian's take on the same study shows how climate change will drive inequality in the States.

By 2100, the economic loss from warming temperatures will be on a par with the Great Recession of 2008 and 2009, with states in the south and lower mid-west to be most severely affected, according to new research. Overall, each 1C of temperature rise is forecast to cost the US economy 1.2% in lost GDP, on average.

“Unmitigated climate change will be very expensive for huge regions of the United States,” said Soloman Hsiang of the University of California, Berkeley, one of the authors of the study.

“If we continue on the current path, our analysis indicates it may result in the largest transfer of wealth from the poor to the rich in the country’s history.”

In other words Trump's Gullibillies are in for a pounding. But the Sword of Damocles really hangs over their children and grandchildren and by the time they're driven into permanent penury and serfdom, Trump will be well into his perpetual dirt nap.

Remember, these studies are very narrowly focused. They're based on specific aspects of climate change but omit others that are harder to quantify and predict. In other words, these are "best case scenarios." They don't factor in global consequences such as mass migrations and wars and they leave out the companion scourges of overpopulation and excess consumption of resources, "overshoot." More on that here, here, here and, for 2017, here.

“If we continue on the current path, our analysis indicates it may result in the largest transfer of wealth from the poor to the rich in the country’s history.”

Sorry but I don't quite follow the mechanism for that. (The Guardian article sort of changes direction after making that statement.) What I can see is that many people are going to be burned out in one fashion or another. What I don't see is how that makes someone else rich.

Continuous upgrades to infrastructure and increased military spending. Guess who benefits the most from that?


I expect the poor will get poorer as those in the worst affected regions become IDPs or internally displaced persons. What resources they are able to retain will go largely on relocation costs.

I already see signs of that here in my little seaside town. We have a neighbourhood of really elegant 60s/70s homes in a waterfront enclave. It now gets periodically inundated, the cumulative result of sea level rise, storm surges, and early melt of the nearby mountain snowpack. The municipality has prohibited any further construction. If/when your house is done, it's done. Those homeowners are facing a total loss of equity. For some that's a big hit.