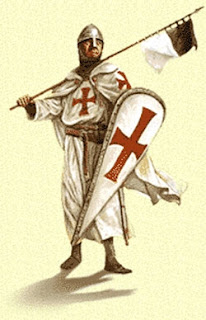 America's pointless, indecisive and interminable wars in the Middle East deserve to be called the "forever war." These are "military wars" being waged for the apparent objective of nothing more than merely not losing. Winning is not in the cards. With the West's massive technological superiority we can just keep on bombing and shelling those we don't like until the money runs out or the people at home take to the streets and that's simply not going to happen.

As for the other war, the "political war," well we seem to be losing that one. In this David and Goliath struggle, David, our opponent, wins just by showing up day after day for as long as it takes before we leave.

Speaking of that, when is America and its vast Foreign Legion (NATO) planning to move on to something productive? Don't get your hopes up. According to Fareed Zakaria, the U.S. is "stumbling into another decade of war."


Put simply, the United States is stumbling into another decade of war in the greater Middle East. And this next decade of conflict might prove to be even more destabilizing than the last one.

Trump came into office with a refreshing skepticism about U.S. policy toward the region. “Everybody that’s touched the Middle East, they’ve gotten bogged down. . . . We’re bogged down,” he said during the campaign. But Trump also sees himself as a tough guy. At his rallies, he repeatedly vowed to “bomb the s--- out of” the Islamic State. Now that he is in the White House and has surrounded himself with an array of generals, his macho instinct seems to have triumphed. The administration has ramped up its military operations across the greater Middle East, in Syria, Yemen, Afghanistan, Somalia — more troops, more bombings, more missions. But what is the underlying strategy?
...

The United States has been in Afghanistan for 16 years. It has had several surges in troop numbers and has spent almost a trillion dollars on that country. Last year, U.S. aid to Afghanistan was equivalent to about 40 percent of that nation’s gross domestic product. And yet, Mattis acknowledges that the United States is “not winning.” What will an additional 4,000 troops now achieve that 130,000 troops could not?

In Yemen, the United States is more actively engaged in a conflict that does little to advance the fight against radical Islamist terrorism. With the latest arms sale, Washington is further fueling Saudi Arabia’s proxy war against Iran — a war that has led the kingdom into a de facto alliance with al-Qaeda in Yemen. Saudi Arabia’s new crown prince, Mohammed bin Salman, seems likely to persist in this conflict, even though it has gone much worse than expected and has resulted in a humanitarian catastrophe. A child in Yemen is dying of preventable causes every 10 minutes, according to UNICEF, and the poorest country in the Arab world has been turned into a wasteland in which terrorist groups will compete for decades to come.

In almost every situation that U.S. forces are involved in, the solutions are more political than military. This has become especially true in places such as Syria and Afghanistan, where many regional powers with major interests have staked out positions and spread their influence. Military force without a strategy or deeply engaged political and diplomatic process is destined to fail, perhaps even to produce unintended consequences — witness the past decade and a half.

During the campaign, Trump seemed to be genuinely reflective about America’s role in the Middle East. “This is not usually me talking, okay, ’cause I’m very proactive,” he once saidon the subject. “But I would sit back and [say], ‘Let’s see what’s going on.’ ” Yes. After 16 years of continuous warfare, hundreds of thousands dead, trillions of dollars spent and greater regional instability, somebody in Washington needs to ask — before the next bombing or deployment: What is going on?

"apparent objective of nothing" ? Nope.

There are benefactors -outside of U.S.A. and inside.
A..non

A..non, I don't think "benefactor" is the word you were looking for. I was referring to doctrinal "objective" not the perpetuation of America's military/industrial/neoconservative/commercial warfighting complex.

"What is going on?"
The benefactor is realizing its objectives...
A..non

Mea culpa. You were right Mound.
I meant to say: the beneficiary is realizing its objectives at the expense of a benefactor.
A..non