Terry May On the Run - To Where?


After her party's disastrous performance in an unnecessary election entirely of her own choosing, Brit prime minister, Theresa May has been on shaky ground as she struggled to cobble together some sort of coalition, no questions asked.

Then came the Grenfell fire in otherwise posh Kensington where a death trap 24-storey highrise went up in flames claiming, so far, 30 (now 58?) lives and climbing. May eventually tried to meet with protesters but was quickly forced to retreat: 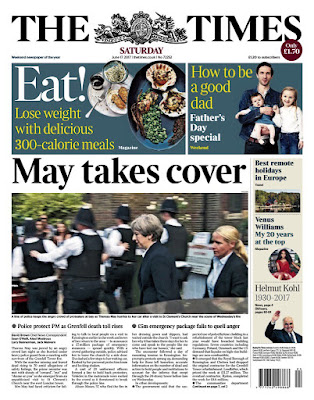 Then the papers, like the locals, turned on their prime minister. 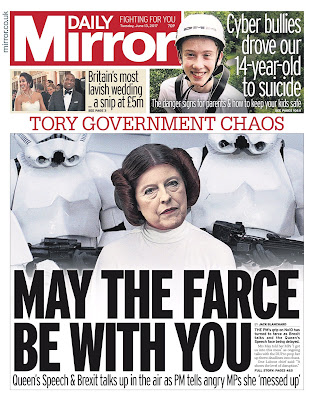 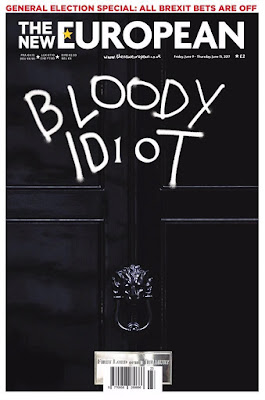 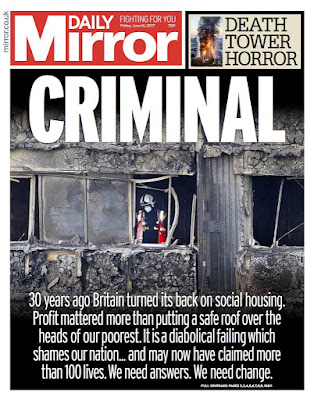 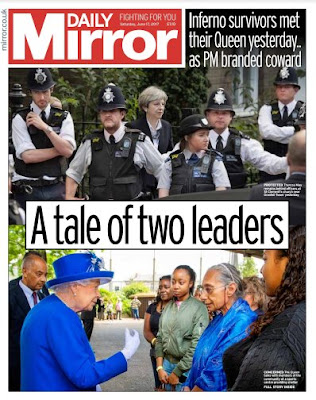 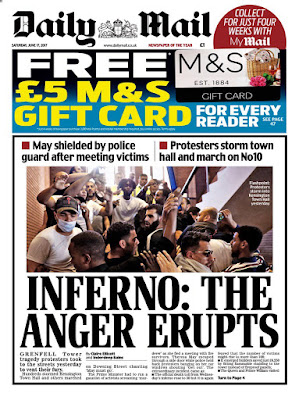 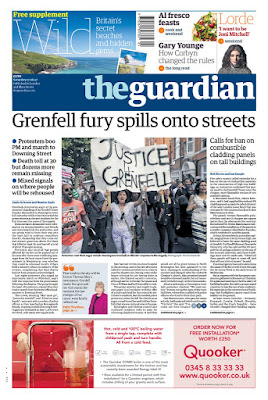 Well, the ancient Greeks warned that Hubris was usually followed by Nemesis.

Meanwhile, Der Spiegel reports that European leaders have suddenly lost their fear of Britain and its would-be "iron lady."


Fear sounded like respect and influence -- and, more than anything, like good deals. But now, after two catastrophic elections in less than a year, that is over. Completely.

First came Boris Johnson, who vociferously supported Brexit last year to show his boss, Prime Minister David Cameron, what an outstanding orator he was even though he, Johnson, didn't really want Brexit. They both went all in, and the country lost.

It was obvious that grief would be followed by anger. I suspect it will spread to include many other injustices.

Theresa May is watching her career go down the toilet. There is nothing she can do to save it. If she is smart she will resign immediately. Since she probably won't her Party should do what the Brits can and replace her ASAP.

I see the tower fire as symbolic of years of Thatcherism draining the coffers and reducing the effectiveness of government. Fixing Britain's problems requires vastly increased spending which means raising taxes, especially on the wealthy.

This blog sums up the cluster f#$k that is the UK.

We should not be so smug as to think it cannot happen in Canada.

Sadly, with genuine regret, I have to agree with both of you. We'll need to watch closely because, much as you hope it will be a democratic restoration, but it could quickly and quietly turn into the direct opposite.