Mexico Is the New Syria. Say What? 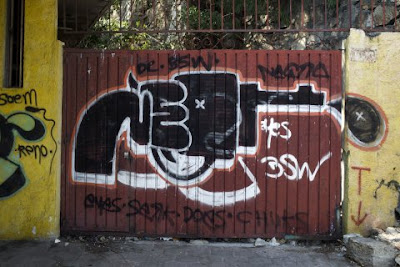 Chances are you've holidayed there. No, not Syria, Mexico. That Mexico, our NAFTA partner. Which makes it all the more troubling that Mexico is poised to overtake Syria as the most violent country on the planet.

In total, Mexico recorded 9,916 murders in the first five months of 2017, roughly a 30 percent increase over the same period last year. Reports say that in states like Guerrero, just south of Mexico City – where drug gangs fight for control of the heroin trade – morgues have been unable to handle the number of corpses.

The International Institute for Strategic Studies (IISS), a U.K.-based think tank, claimed in 2016 that Mexico had recorded more than 23,000 homicides, putting it just behind Syria in the list of the world’s most violent countries. The Mexican government questioned the decision to include Mexico in the Armed Conflict Survey, saying “the existence of criminal groups is not a sufficient criterion to speak of a non-international armed conflict.”

Despite this objection, the rate at which homicides are taking place has undoubtedly been increasing. In contrast, the death toll in Syria, which is still in the grip of a bloody civil war, has been on the decline. According to the latest figures from the Violations Documentation Center in Syria, fatalities as a result of the conflict fell from 1,171 in May 2016, to 665 in May 2017.

Mexico has been in the grip of a war on drugs since then-President Felipe Calderón came to power in December 2006, immediately deploying tens of thousands of troops onto the streets in an attempt to crack down on drug activity by the cartels. However, corruption within the security forces undermined the effort and led to more deaths — leading to public mistrust in the scheme. By the time Calderon left office six years later, his brutal war had seen the murder count soar to well over 20,000 per year.

I've wanted to do one more motorcycle journey to southern Mexico but that's simply not feasible any more.  Too bad. Just a few years ago it was a wonderful country to ride.

It is a wonder that the Americans are so fussed about so much of world yet treat the dysfunctional country on their southern border as a playground.

The War on Drugs is a phoney war. But, lots of money to be made, for both sides. It's a health issue, plus the business of it should be taken out of the hands of the Underworld.

No wonder they pray to Santa Muerte.