Are the Fossil Energy Giants At the End of Their Rope? 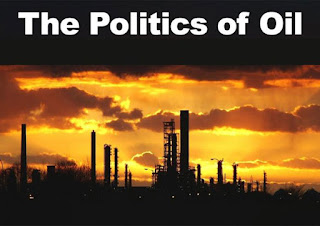 A report at OilPrice.com claims the fossil energy producers are running out of space to store their oil. Some are even renting supertankers and using them for mid- to long-term storage until world oil prices rebound. In the meantime they continue to drag oil out of the ground without any place to put it. Something is going to give.

Global oil storage could overflow in the coming weeks as the coronavirus pandemic has dealt a severe blow to demand while Saudi Arabia has promised to supply 12.3 million bpd—not just in April but also over the next few months.

Reuters reports, citing analysts, that such a development would overwhelm the already troubled oil industry, forcing production shutdowns. Storage facilities—both on land and offshore—are already filling up, the news agency noted, and Saudi Arabia has not yet started to increase its deliveries of crude.

If such a scenario unfolds, some analysts believe oil prices could slide as low as $10 per barrel.

“We believe we have not seen the worst of the price rout yet, as the market will soon come to realize that it may be facing one of the largest supply surpluses in modern oil market history in April,” Reuters quoted Rystad Energy’s head of oil markets, Bjornar Tonhaugen.

Some claim that oil - the good stuff, not bitumen - could fall to ten bucks a barrel - if anyone wants the stuff.

“Cargoes are being severely discounted to move as there are little prospects to export and also very few options to store on ship and/or tanks,” another industry source told Reuters.

Bear in mind, this mega-glut is before the Saudi's ramped up production comes to market.
Posted by The Mound of Sound at 9:32 AM

The other night on the news (CTV or CBC; I can't remember which) Bill Morneau was announced some program to support small and medium sized business. He included oil. I think it was an off script moment and he did not elaborate. (sorry, I don't have a link.) Regardless, I think this government intends to continue subsidizing carbon.

The folly of our way of life is now becoming obvious, Mound, to more and more people. The things we thought would make us better off, like low prices at the pump, mean little in our current crisis. Of course, it will take a while for some to make the connection between the world as it is today and our addiction to carbon. It would seem that the Saudis and the other petro-states are not particularly apt students, eh?

Toby, while our government's policies are not in lockstep with Trump's, there are some troubling similarities.

Trump plans to bail out America's energy giants. Then Morneau announces some relief for Big Oil.

I haven't trusted Morneau since he told Canadians they would just have to accept a future of "job churn" as they were consigned to the gig economy, home of the precariat. That's when I knew this government was "Liberal" in name only.

Neither Jason Kenney nor Trudeau/Morneau have the guts to recognize bitumen as a "stranded asset." Which means they'll continue to damage Alberta and Canada, respectively, by pouring money so badly needed elsewhere on trying to breathe life into a dead resource.

Lorne, the current debacle has restored the term "shit show" to wide popularity.

Even Dark Mountain has been taken down. The collective was to hold a gathering of UK members and I was looking forward to reading through some of their essays and other writings. Covid-19 derailed those plans.

As for your remarks above I'll let my comment on your post today stand as my reply.

Thanks for that post, by the way. Very well done.