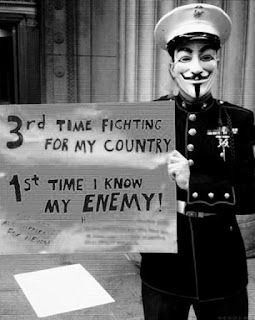 In Canada, Conservatives extol the United States as a land of virtually limitless opportunity and prosperity. Not so much. Business Insider shows how deeply America's middle class is being hollowed out.

The American economy may be booming, but its middle class is struggling.

The median male US worker now has to earn more than a year's salary to afford the annual expenses for a family of four, according to "The Cost of Thriving Index" published by the Manhattan Institute, a conservative think tank, and previously reported by The Washington Post.

In 1985, the typical male worker needed 30 weeks' pay to cover the $13,227 required for a family of four's major living costs: housing, healthcare, transportation, and education. As of 2018, those expenditures had risen to $54,441, and the typical male worker has to work 53 weeks to get there. "This is a problem, as there are only 52 weeks in a year," Oren Cass, the report's lead author, wrote.

The "Cost of Thriving Index" points to tensions underlying the American economy, from the gender pay gap to skyrocketing living costs that have outpaced wage increases, particularly for younger generations.

Those between ages 25 and 34 have seen only a $29 income increase since 1974, when adjusted for inflation, according to a new SuperMoney report that analyzed US Census Bureau data. Adults ages 35 to 44 made nearly $2,900 more in 2017 than their 1974 counterparts did, while those ages 45 to 54 saw an income growth of nearly $5,400 over that same time period, adjusted for inflation.

Meanwhile, college tuition has more than doubled since the 1970s, bringing the national student-loan debt to an all-time high of $1.5 trillion. According to Student Loan Hero, the average student-loan debt for a student who took out loans and graduated in 2018 was a whopping $29,800.

The price of home sales has increased by 39% since the 1970s, and national healthcare costs per person have increased by $9,000 in the same time frame, according to the SuperMoney report.

The increase in so many disparate costs shows that middle-class Americans carry several financial burdens — they're behind on homeownership, lagging in retirement savings, and have debt to pay off, according to a previous Insider and Morning Consult survey.

When all the paychecks from one year don't pay off a family's living costs, our typical male worker will feel he's living paycheck to paycheck, but it's actually worse than that.

America has become a nation in which the master class flourishes at the expense of the working classes, blue and white collar alike.

Trump has been inordinately successful at convincing middle class America that their plight is all the Democrat's doing and Trump's recent numbers suggest a lot of them are buying his lies. He has them believing he's improved their lives even as they flounder while Trump delivers tax cuts for corporations and the rich as he simultaneously swells the US government deficit.

These Americans will also bear the brunt of pain if the Covid-19 virus morphs into a global economic recession.

The American dream is little different to the Canadian dream or other western countries as 'the dream' has been exported for years.
The dream was originally made possible by 'cost efficiencies' made by global trade .
As globalism made all things cheaper , not just less expensive, pressure to win resulted in our western standard of living being subsidised by even cheaper labour costs from first Taiwan and Korea an finally the mammoth, China where costs have truly been controlled .

In short , we are living well on other peoples backs as two hipster chic coffee outlets have been exposed to child labour uses that produce good profit prove !

Unable to control our desire for profit which has been historically controlled by interest rates thus reducing demand for these third world subsidised products we reduced interest rates to lower rates that made them undesirable.

We are now at the state where interest rates cannot be too much lower.
Stimulating the economy by interest rates will not work; even if it did it would be short term as it would push even more monies into real estate and other financial returns that would further divide the haves and have nots!

The road to prosperity has become a dream that will , for most, be unfulfilled; that said those with their heads upon their arse will never notice

That brings to mind Trudeau's Anti-Inflation Board. It was proposed by Bob Stanfield during the 1974 election. Trudeau beat him over the head with it. He would get on stage, assume the gunslinger pose and say "Zap, you're frozen."

I covered David Lewis in that election and we watched as Trudeau sucked the labour vote out of the NDP's veins as they flocked to the Liberals to thwart Stanfield's PCs.

When the election ended I headed to the UK for a 3-week holiday. I returned in time to watch PET take to the airwaves to announce he was establishing the AIB. Said he'd only just discovered the Canadian economy was in such dire peril. What a con-job.

Pierre took everybody for a ride on that one. While I generally admired the guy I knew after that he was never to be trusted.

I was a member of one of the big labour locals at the time of the wage-and-price-controls operation. We got sucked in big time. The company actually appeared to be embarrassed at having taken full advantage of the co-operative attitude the union had taken in negotiations in taking a hit and setting an example for the nation. They decided to give us a little more than we'd agreed to settle for a few months earlier before it became obvious that the whole idea was a joke. The janitors were kept extra busy erasing the signs scrawled all over the washroom cubicle walls: "Stuff the fifteen cents. Wait until next time."

Unless I’m missing something, one aspect of working life not factored in this info is the significant social change regarding who in the family works. Back in the late sixties, early seventies, my recollection is that in the majority of families, mine included, the husband was the bread winner and the wife raised the children and took care of household chores. Certainly true for the families that I knew, all of them, pretty much what was considered middle class. The ‘kids’ cut the lawn, took out the garbage, babysat, etc. for their ‘allowance’.
Boy, have times changed. Began in the later seventies, I think. Can’t say now I know of one single so called middle class family where both parents don’t work, the teenagers aren’t flipping burgers or some sort of thing for a few hours a week, relieving the parents of having to provide them an allowance. Day care back in the early seventies? Non existent then at that time, from what I remember, Now, a necessity, of course and pricey at that. Or, if you’re lucky, retired grandparent ‘day care’.
So, maybe one male!! working parent’s earnings won’t cover living costs today, but who cares? That’s no longer the paradigm. Both parents now work so they cover the living costs (with even fewer children to pay for) probably by week 36 or whatever. With $$ left over for the toys and perks needed to keep up with the new standards of middle class life.
The only people I know these days that can afford to have one working parent are the well off . Usually the wife/ mother does care for the children some but also does charity volunteering and lunches with friends. Household chores: Molly Maid.
Times have changed. Bigly! Mac

Yeah, John, and I was surprised how lightly Trudeau was treated for it. He deftly put the focus on the AIB itself by bringing what became known as the "AIB reference" to the Supreme Court. Still, I don't know there were many who believed PET's "post-election epiphany" excuse. I expect he simply couldn't be seen to be hopping aboard Stanfield's policy and, in the process, watching the labour vote solidify with David Lewis.

You're right on that, Mac. When I was in elementary, stay-at-home moms were fairly common. That was a different era.

Cars. My dad had a 'company car' and we switched each year as the new models came out. Crazy.

Of my buddies I might have been the only one to have a working mom. Dad took a few years to get back on his feet after the war, in and out of hospitals. Her nursing salary kept us from really falling behind at the start. And that was an era when it was all about "keeping up" with the Joneses. Remember that?