Here's Something to Mull Over. Did Trump 'Game' the Covid-19 Pandemic? 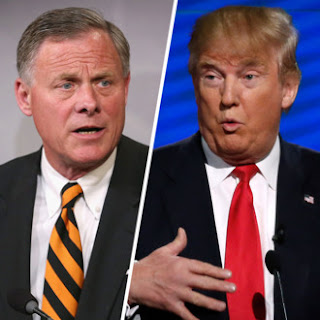 Let's face it. Donald Trump is an unscrupulous prick. He's a grifter. Same same for many of his immediate family and his courtiers.

We've got this pandemic brewing. The best scientific advice is that a shit storm is en route to the United States of Murica, a seismic event that would be bound to roil the stock markets.

Corrupt corporate executives use advanced knowledge to their personal benefit all the time. When they're on the evening news doing the "perp walk" it's often for the crime of insider trading. If you know a company is on the way down you unload before word gets out and the share price plummets. If you know the company has discovered gold, you and your proxies buy as many shares as you can before the word gets out and the share price soars. Either way, it's cheating. Money in your pocket, money in the bank.

How many members of Team Trump dumped all or some significant portion of their portfolios in the couple of weeks while Trump was saying the virus was contained, no problem, it would just disappear?

What leads me to ask that is the curious story of the Senate Intelligence Committee chair, Richard Burr, R - N.C. It seems Burr and his wife dumped upwards of $1.7 million in shares in mid-February and bought no shares thereafter.


In his most recent annual financial disclosure filed in 2019, Burr reported holding $1.3 million in equities. Anywhere between one-fourth and three-fourths of that was liquidated on a single day last month.

It’s unclear how much control Burr has over his portfolio. His assets are managed by private wealth management firm Stephens Inc. Burr’s net worth in 2018 was between $3.4 million and $11 million, according to OpenSecrets’ review of his disclosure.

While Trump was crooning "Don't worry, be happy," Burr held a private session with his major donors to let them in on the truth that Republicans, including their president, withheld from the American people.


In an audio recording obtained by NPR, the North Carolina Republican was heard telling donors at a luncheon on Feb. 27 that the coronavirus, officially called COVID-19, would likely spread through the population aggressively—and suggested it could kill hundreds of thousands of people.

"It is much more aggressive in its transmission than anything that we have seen in recent history," Burr said.

"It is probably more akin to the 1918 pandemic," he added, referring to the flu pandemic which killed more than 600,000 Americans.

Was Burr some deviant, an outlier, a Senator gone rogue? Is the US Congress "bought and paid for?"

Consider this. What Burr told his select donors demonstrates that he, and probably many more of his ilk, knew a near apocalypse was coming down on the United States. It would be ruinous, especially to the donor class. 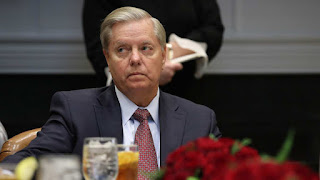 Recall that Lindsey Graham, with the mid-term elections looming, openly warned his GOP colleagues that they had to pass another round of reckless tax cuts for the rich or else lose the donor class, their electoral lifeline, their benefactors and so they did.

As Common Dreams reported Tuesday, Rep. Chris Collins (R-N.Y.) has made a similar comment recently, complaining that his donors are pressuring him to pass tax cuts or “don’t ever call me again.”

Critics had the same response to Graham as they did to Collins: “Dude, you’re not supposed to actually admit that out loud.”

That erased any lingering doubt that Congressional Republicans (and a load of Democrats too) were indentured to their donors, afraid to lose that critical support. They were indeed "bought and paid for."

Covid-19 created an opportunity to cement that support by ensuring that those key donors would be able to get out with their assets largely intact - even if that meant smallholders, the ma and pa retirement investors remained in peril, unwittingly left to face a collapsing market.

It would also mean a delay in mobilizing medical and other resources necessary to respond to the virus as the contagion took hold. That sort of delay translates into lives needlessly lost, jobs lost, and modest investments and savings wiped out.

Chairman Burr's loose lips may come back to haunt him and his colleagues. It begs the question of what must have been running through the mind of the person who leaked that tape.

Is the US Congress "bought and paid for?"

I would laugh if the idea was not so obvious.

World wide we have the best governments money can buy.
It's just that the USA has American exceptionalism!

At the Owls Nest all they need is a little more volatility to make things rosier today than they were a day before. The algos do the rest.

Since he's decided that he's a bonafide "Wartime President" it would seem that at long last a US administration is recognizing that as a nation America is at war with something. Do they still hang profiteers?