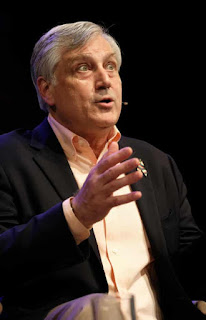 I have no medical education. I'll bet you don't either. That leaves both of us ill-equipped to reach informed opinions about this corona virus, Covid-19. Is it just a passing thing, a seasonal flu sort of virus?

A guy in the know is Jonathan Quick, former chair of the Global Health Council who wrote a book, "The End of Epidemics: the Looming Threat to Humanity and How to Stop It."

Here, in one concise paragraph, he explains the best and worst case scenarios.

The best case is that the Chinese conflagration is brought under control, the smaller “flames” we’ve seen flare up in other countries are extinguished, there’s little or no spread to new countries or continents, and the epidemic dies out. The worst case is that the outbreak goes global and the disease eventually becomes endemic, meaning it circulates permanently in the human population.

Permanently? I don't like the sound of that. But really, what are the odds?


The worst-case scenario is looking increasingly likely. We’ve now seen cases on six continents, apparently “silent” – that is, at least partly asymptomatic – chains of human-to-human transmission both inside and outside China, with additional countries reporting cases within the last week – bringing the total to 47 – and new, accelerating outbreaks in Iran, Italy and South Korea. If it becomes a pandemic, the questions are, how bad will it get and how long will it last? The case fatality rate – the proportion of cases that are fatal – has been just over 2%, much less than it was for Sars, but 20 times that of seasonal flu. There are still many unknowns – we may have underestimated the period during which a person is contagious, for instance, and the variety of ways in which the virus spreads.


Evidence suggests that vaccine hesitancy* diminishes when lots of people are dying. Once an outbreak is over, however, levels of vaccine uptake may depend on how fresh that outbreak is in people’s minds – even though the risk of another one is real. I’ve written about a hypothetical situation in which a new and dangerous pathogen emerges, a vaccine is developed, and you still get a pandemic, because large numbers of millennials refuse the vaccine. In the US, 20% of millennials believe that vaccines cause autism. The problem is bad information. As my students often remind me, news tends to be behind paywalls, while fake news is free.

* Vaccine hesitancy, also known as anti-vaccination or anti-vax, is a reluctance or refusal to be vaccinated or to have one's children vaccinated against contagious diseases. It is identified by the World Health Organization as one of the top ten global health threats of 2019. Wikipedia