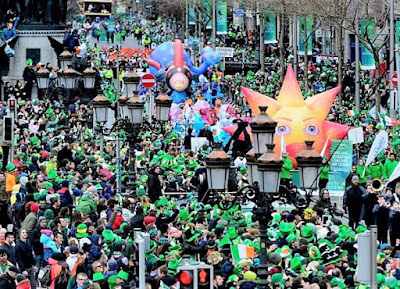 It's enough to make an Irishman's heart break into wee pieces. No St. Paddy's this year. No parades - not in Cork, not in Dublin. nowhere in the Republic.


The St Patrick’s Day parade in Dublin draws nearly 500,000 people and it is the latest in a series of large public events to be cancelled. The celebrations were expected to generate €73 million for the economy.

The last time St Patrick’s Day parades were cancelled was due the foot and mouth restrictions in 2001.

Hoof and Mouth, that's one thing. But a virus named in honour of a beer? That's intolerable.


The Irish are a resilient lot, TB.