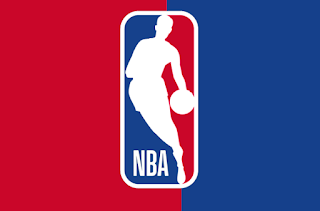 A setback for hoops fans everywhere.


The NBA has suspended the 2019-20 season after Utah Jazz center Rudy Gobert tested positive for coronavirus on Wednesday.

The NBA made the decision after a game between the Jazz and Oklahoma City Thunder was postponed, then eventually called off.

According to a statement from the NBA, the test result was reported shortly before tip-off. ESPN's Royce Young reported that a team doctor was seen sprinting onto the floor to talk to officials before the game tipped off.

According to ESPN's Adrian Wojnarowski, both teams are still quarantined in the arena in Oklahoma City. Wojanrowski said Wednesday night will be the final night of games for the foreseeable future as the NBA enters a hiatus.

.. I think the roof caved in on Trump, Pence, McConnell et al GOP Inc last night
Chief Medical Officer of Supreme Court and Congress
or whatever his title. Dr Monahan says 70-150 million Americans
can expect to be infected.. Trump of course fired entire Epidemic Response Team
as well as the White House team.. delete all things Obama ?)
as an early stable genius decision in 2018 I believe

Again.. all this is foreshadowed in The 5th Risk (Michael Lewis)
& The Black Swans are flying overhead ..

"It’s almost as if the this new novel coronavirus has evolved to exploit the vulnerabilities of the modern neoliberal state — two-tier health care, low wages, precarious work, weak unions, the gig economy, each one of them nurturing the conditions that make the spread of the virus harder to stop."

Thanks for the Snopes link, Sal. It's astonishing to hear Trump blame this on Obama and see his 'base' just accept the lie. They truly are Gullibillies.

NPoV, I'm planning to post yet another essay on the 800 pound gorilla in the room we refuse to notice - resilience. It seems I do these posts once or twice a year and each time the situation is a bit more dire than the previous post.

In 2009 I wrote a piece "posterity = prosperity" https://the-mound-of-sound.blogspot.com/2009/05/posterity-prosperity.html

There have been several essays since then dealing with posterity, the notion that we are mere tenants of the land we inherit from our ancestors and owe to future generations, our failure to provide for resilience in our governance and economy. I'll go through those again at some time today or tomorrow and see what I can bash together.