The Next Great Liberal Leader? 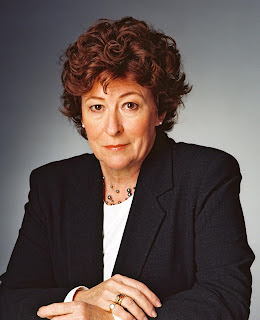 This is a repost from March of last year. I'd put this issue aside while I waited for Dion to play out his hand and Iggy to prove his mettle. We've seen how those two turned out.

I fear for the future of the Liberal Party as I've known it for more than four decades. That's why I'm going to make this pitch again. This is, in my opinion, the person to restore the Liberal Party of Canada to what we knew it to be.


To me, Stephane Dion has been a total disappointment. Unfortunately, Bob Rae and Michael Ignatieff didn't really inspire me much either.

The Liberal Party needs someone to put some life back into it and that has to be someone truly exceptional, someone not just Liberals but other Canadians can also rally behind, someone like Louise Arbour.

I can think of no finer person than Louise Arbour to be the next leader of the Liberal Party of Canada and this country's first, elected woman prime minister.

Justice of the Supreme Court of Canada, war crimes prosecutor at the International Court of Justice, United Nations High Commissioner for human rights - I don't know anyone else in this country with credentials like that.

LouiseArbour is a known quantity. Her career speaks for itself. Intellect, integrity, experience, reputation - she's got it all and as much or more of it than anyone else. Her kind doesn't come along very often, sometimes it takes decades. We're fools if we don't at least try to bring Louise Arbour into the top ranks of our party.
Posted by The Mound of Sound at 9:50 PM

I do not know much about Louise Arbour's political experience but current crowd is disappointing.


Bob Ray made a mess in Ontario when he was NDP Premier there and Iggy is of course Iggy - he will do better off as a professor.

Whooee! I wouldn't mind seein' Mme. Arbour in the House o' Comments... her an' the gal I adore, Earth Mother Lizzie May.
Anybody tyryin' to recruit Arbour? Maybe I oughta suggest it to Lizzie May. :)
JB

well shes already anti-Israeli, anti-U.S. and pro-dictator, seems like shes got the perfect qualifications to lead the Liberal Party.

Anon, all you jokers stay well in the shadows. Pro-dictator, you're laughable. As for Israel and the US, legtimate criticism of them (and they both have plenty of room for criticism) isn't anti anything, it's speaking truth to power. Learn to live with it.

Yes, both are viable targets for criticism, but don't you think she's got a bit of a personal agenda when she focuses ONLY on those two, to the exclusion of every other gross human rights violator on the planet? Actually she sounds pretty qualified to run the NDP as well.

I can't see the Grits going with a political leader who is more of a legal scholar with no experience in Parliament.

We've gone the scholar route before. In fact, the Grit front bench is too scholarly.

Anon, what makes you assume she "focuses ONLY on" the US and Israel, other than the fact that it's what those two constantly howl when she's onto them? Ever heard of a guy called Milosevic? Are you aware of the global human rights monitoring and reporting systems she's enacted at the UN? Just because John Bolten says something doesn't make it so.

Shroom, just because she has a powerful intellect, don't dismiss her as "scholarly." There's nothing bookish about Arbour. As a matter of fact, most of her employment skills are directly applicable to the front benches - a powerful,analytical mind; forceful and effective advocacy; and a proven ability to stand up to and take down the planet's worst thugs. That's no schoolmarm, Shroom. In fact she has a lot of qualities that are sadly missing on the front benches.

Hmmmmmm!!! Louise Arbour would make a great Prime Minister under the Green Party.....let's give this country a new start...a new beginning with a woman who has integrity and take the country back on the road to being numnber one as an example to the world. Why is it the French drink and smoke but yet their medical problems are not half of ours? It's because they have job security, shorter working hours, and one of the best health care systems in the world....they come under a form of Conservativism. Then there is the excellent reputation of the Scandanavian countries...they come under a Socialist Democracy system....then there is Canada, US, Australia and New Zealand...they come under the Liberal system. It doesn't matter that we have a conservative government at present...we are still liberal in thinking. Where has that got us MOD? Those countries mentioned that have a good social infrastructure, better than ours, are doing way better than we are. By social infrasructure I mean, the country supports its people. Scandanavian countries, France and others have less policing problems than we do. But here, we are told we are on our own to raise our children, find a job and take care of our own health needs. What a mess. Any government, Liberal, Conservative, Socialist is no better than the people that operatate within them. If they don't have the good of its citizens in mind then it falls apart. Nationalism doesn't mean war mongoring attitudes. A complete change is needed here. Since returning to Canada from South Korea, I have noticed just how very un-happy Canadians are. Re-entry shock at what is going on here has been huge, much more than I anticipated. Cheers

I believe that we're slowly going to become more collective, more socialist, if only to deal with the emerging resource, climate and security issues.
Societies draw together in tougher times and that's where we're headed.
I was just reading excerpts from a leading economist's theory that we're much more generous and tolerant in periods of sustained growth but become intolerant and miserly in periods of stalled growth. This theory is used to explain America's xenophobia and fierce anti-immigrant movement. I wonder if that plays a role in how unhappy you found Canadians on your return from Korea?

I'd venture that the past six years of the extreme-right and religious funamentalism have also added a lot of distrust, doubt and stress to peoples' lives.

It's when times get tough and basics fall into short supply that we figure out how to distribute what we have equitably. We don't like it but we do accept it.

"I believe that we're slowly going to become more collective, more socialist, if only to deal with the emerging resource, climate and security issues."

Maybe the US, not the rest of the democratic world. In fact, it is the centre left in Europe and Canada that have used globalization to pare down their welfare state.

Social democratic parties in Western Europe are being destroyed in the polls, to be replaced by the reformed ex-Communists. The struggles that the Grits face, reflect this phenomenon.

I don't think Harper has yet to tap or harness the populist right that the Danes, Dutch, and the German centre right are exploiting. Maybe the Canadian economy is doing much better than the Europeans, and we have yet to scapegoat immigrants for threatening our meagre social safety net.

Do we really need a leader? Whynot just view the person as a spokesperson. Or why not have one man and one woman as PM.
Me, I like David Orchard.He's cool. And he's dedicated to CANADA.I would accept him as a Leader.