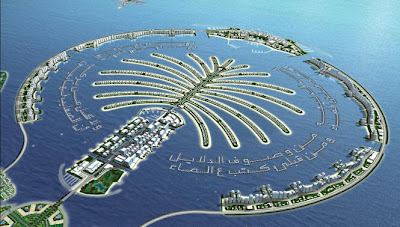 The world's oil producers have a problem. For many of them, oil truly is Black Gold. For some of them, oil revenues have become the mainstay of their regimes, the grease that keeps the corrupt and oppressive wheels of their states turning.

Ask Steve Harper. It's a lot easier to rule an unruly electorate when you've got a treasury full of petrobucks to spread around. Pretty much anyone, even Steve Harper, can handle that. It's when those oil revenues stop flowing in that you get to see whether you have a bold leader, someone with vision, or a timid, feckless pretender to the throne (a.k.a. Stephen Harper).

But you can't think of oil without mentioning the Middle East. Saudi oil comes out of the ground so "sweet" that it can be pumped straight into waiting tankers. Total cost of production - ten bucks a barrel! So, even when the world oil price crashes to $40 per barrel, the Saudis still rake in a hefty profit.

When prices soared to $150 per barrel it truly was manna from heaven for the Middle East. And who can blame them for believing what the rest of us were told - that oil prices were only going up with $200 a barrel expected within a year? And so, with that in mind, they began spending like there was no tomorrow.

Even Dubai, which is essentially nothing more than a lovely beach, got into the act, building the world's most opulent hotels and lavish homes. The money was flowing in so fast they even built entire communities offshore in developments created in the shape of palm trees (see above).

Now, of course, that money has dried up and Dubai doesn't have any oil to sell, even at 40-bucks a keg. Thinking it could play banker to all the oil-rich nations around it left Dubai holding the bag with a bunch of banks in Wall Street meltdown mode.

Foreigners are fleeing Dubai as though the place has turned radioactive. The New York Times reported that Dubai's airport parking lot is littered with as many as 3,000 cars simply abandoned by foreigners who once sought to make their fortunes in that country. Apparently the exodus has something to do with Dubai law that sends defaulters to debtors' prisons.

It's a sign of the times. Dubai is a member of the United Arab Emirates and the only one that has no oil. You might have thought its fellow Emirates would come to the rescue to bail out Dubai's banks, Washington or London-style. Nope. There's a message in that.

It's a message that provides the subtext, the back story to OPEC's efforts to cut oil production in hopes of stabilizing and boosting world oil prices. Most producing countries simply can't afford to cut production. They've become utterly addicted to oil revenues to the extent they can no longer say no.

Gwynne Dyer addressed this addiction some time ago in discussing the perceived dangers of encouraging democracy in the Middle East demonstrated by election victories of Islamist parties such as Hezbollah and Hamas.

Dyer's take was that, given the brutal oppression of the Arab people by regimes we've supported (Mubarak, the House of Saud, etc.), it shouldn't be a surprise that Islamists win democratic elections. But he predicts that might last two, possibly three election cycles before moderates would begin to take over. And, in the meantime, the oil would just keep flowing because no Arab government, even an Islamist ruling party, could afford to turn off the taps.

A Reuters article places the producers' problem in perspective. To fund its current social programmes and infrastructure at current production levels, Venezuela needs $100 per barrel, Iran needs $90. Cutting production really isn't an option for those countries. Likewise Saudi Arabia has promised its people to build "economic cities" to offset unemployment and over-reliance on oil revenues (i.e. to prevent mass uprisings) for which it needs $50 per barrel. Apparently Saudi Arabia is already anticipating a deficit in 2009 of more than $17-billion. Even the Saudis aren't in a great position to start slashing production.

Taken in isolation, the Middle East's oil problems are serious but they're greatly magnified when placed in the context of the political and social unrest simmering throughout the region. This might not be the best moment to be a prince of the House of Saud.
Posted by The Mound of Sound at 8:45 AM

Email ThisBlogThis!Share to TwitterShare to FacebookShare to Pinterest
Labels: OPEC

Wow... great post. Thanks. And I cannot get over that photo. I assumed at first it was some sort of Star Trek NG super-docking station, but homes: wowee!

Yeah, it really is something. Mansions and Rodeo Drive shops. "The Palm" is the largest of a handful of offshore residential resorts now sitting just off the beaches of Dubai. They were created, literally out of nothing, with barged in rock and bottom-siphoned sand. And then came the collapse...