US Judges Sent Kids to Prison - for Kickbacks 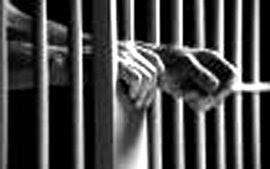 It's as Dickensian a story as they come. American judges sentencing wayward kids to private detention facilities in exchange for kickbacks.

At worst, Hillary Transue thought she might get a stern lecture when she appeared before a judge for building a spoof MySpace page mocking the assistant principal at her high school in Wilkes-Barre, Pa. She was a stellar student who had never been in trouble, and the page stated clearly at the bottom that it was just a joke.

Instead, the judge sentenced her to three months at a juvenile detention center on a charge of harassment.

She was handcuffed and taken away as her stunned parents stood by.
...The answers became a bit clearer on Thursday as the judge, Mark A. Ciavarella Jr., and a colleague, Michael T. Conahan, appeared in federal court in Scranton, Pa., to plead guilty to wire fraud and income tax fraud for taking more than $2.6 million in kickbacks to send teenagers to two privately run youth detention centers run by PA Child Care and a sister company, Western PA Child Care.
While prosecutors say that Judge Conahan, 56, secured contracts for the two centers to house juvenile offenders, Judge Ciavarella, 58, was the one who carried out the sentencing to keep the centers filled.

...For years, youth advocacy groups complained that Judge Ciavarella was unusually harsh. He sent a quarter of his juvenile defendants to detention centers from 2002 to 2006, compared with a state rate of 1 in 10. He also routinely ignored requests for leniency made by prosecutors and probation officers.

“The juvenile system, by design, is intended to be a less punitive system than the adult system, and yet here were scores of children with very minor infractions having their lives ruined,” said Marsha Levick, a lawyer with the Philadelphia-based Juvenile Law Center.

The paper reports the pair have worked out a plea bargain to serve just 87-months in a federal prison. Seven years, out in five? That is outrageously lenient. In a nation so fond of life imprisonment and 400-year sentences, these two deserve to spend the rest of their natural lives in the Greybar Hotel.
Posted by The Mound of Sound at 10:05 AM

This is worth book marking especially if the Harper government proceeds with its desire to enact changes to the Young Offenders Act (the "fresh meat" amendments) as well as further toughening crime laws. I suspect that the rise in prosecutions and convictions, the need for further prison facilities will open the door for P3 investment, building and operations.

There's no way Canadian society ought to tolerate either private prisons or an elected judiciary. Both have proven susceptible to rampant corruption.