And It's One, Two, Three, What Are We Fightin' For? 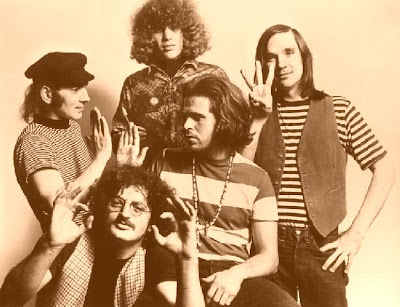 Hang on boys, Obama's sending another 17,000 soldiers to whup some Pashtun ass.

And that's exactly what they'll do. They'll whup some Pashtun ass - some of it insurgent, some of it civilian. And probably some Pakistani and Uzbek and Chechen ass too.

What they won't do is win the war in Afghanistan.

They will drag it out a bit more. They will ensure that more blood flows. They will draw Islamists from throughout the Muslim world to Afghanistan. It's the difference between a bowl of soup and a pot of soup but it's still soup.

At first it was all about revenge, getting even for the Twin Towers attacks. That took the form of destroying al-Qaeda and routing the Taliban. The Taliban just sort of got thrown in with al-Qaeda even though they obviously had nothing to do with the 9/11 attacks. Oh well, they blew up those ancient monuments, didn't they? And they weren't going to give us the rights to run a pipeline across their country, weren't they?

We dressed it up for the folks at home, telling them we were going to bring stability and democracy and human rights to all the people of that backward, feudal society and we were going to help our pals, the warlords, do just that. Wait a minute. Warlords? Yup. Peace and stability and democracy and human rights and WARLORDS! Hmmm, which one does not belong with the others?

America, as it turns out, didn't have much time for those things either. It had other plans - Iraq. So they asked NATO to come in and babysit their war while they went out to Baghdad for a pack of smokes. And we went - the French and Germans in the north, the Brits and Canadians and Dutch in the southern badlands.

We went there with "the mission" and it was the same nonsense about bringing peace and stability and democracy and human rights to all Afghans. Not only did we take on "the mission" but we extended it, twice, even as we kept falling further and further behind on our stated goals.

As time went on we couldn't keep chanting "the mission, the mission" with a straight face. Even "Support the Troops" wore thin. So, one by one, we began shedding unattainable objectives.

First went "peace." It was becoming clear that a country in name only, riven with tribalism and warlordism just wasn't a great candidate for peace.

Next we ditched "democracy." Oh sure, the Afghans had an election and everything but, it being a feudal warlord society, they tended to elect the warlord class. A clue to that is in the legislature's only real accomplishment - granting legislators amnesty for all the atrocities they committed during their civil war with the Taliban. Neat trick, huh?

You can't bring democracy to a place like Afghanistan without reformers and it didn't take long to realize that reformers had a very short shelf-life in Afghanistan. If the insurgents didn't kill them, the other side would. That's because the Afghan government quickly transformed into a criminal enterprise. Criminal enterprises don't embrace democracy. They're not big on accountability or transparency (then again, neither is our Furious Leader).

Human rights? Well you see the thing there is that human rights are only as good as the society that supports and enforces them. It all goes back to that democracy business.

So, look how we've lightened "the mission" already? We've shorn away peace and democracy and human rights. We've got it pared down to the bone - to "stability." Welcome to Afghanistan version 4.0.

That's what we want now. Somebody in control, somebody who's pro-us. Acceptable candidates merely need be anti-Islamist. That's pretty much all we ask.

But, wait! We're not going to get stability either. The toxic cocktail of warlordism combined with tribalism rules out stability. This is a country riddled with incredibly vicious, power-hungry thugs and a dandy matching set of power vacuums. The whole place is like a bag of turf wars waiting to break out. Sure, the insurgency is the biggest one. But it's not the only one.

So we're back to the original target of peace - or at least destroying the Taliban or at least holding the Talibs at bay. The idea seems to be to train more Afghan soldiers. We've got about 72,000 more or less in uniform right now and, if we really committed to it, we could train that number again within a year. Easy. Load'em on airplanes. Fly them to places like Wainright, Alberta or Fort Bragg, North Carolina, train them up and fly them home. Hand the president the keys to his new divisions and get the hell out.

Tory and Grit leaders tell us they still "support the mission" but they never tell us what that means. We've had two debates on "the mission" when parliament voted to extend Canada's committment to Afghanistan. Curiously, on both occasions our MPs did their level best to avoid actually discussing the mission.

Michael Ignatieff says "we're lost in Afghanistan." Memo to Mike - we're not lost, you're lost. If you're not lost, Mr. Ignatieff, tell us what the mission is, the one you claim you support.

We know where Jack stands on this. Steve? He's trying to put as much distance between himself and Afghanistan as possible. We won't get any answers out of him. So what's your position Michael Ignatieff?
Posted by The Mound of Sound at 8:10 AM