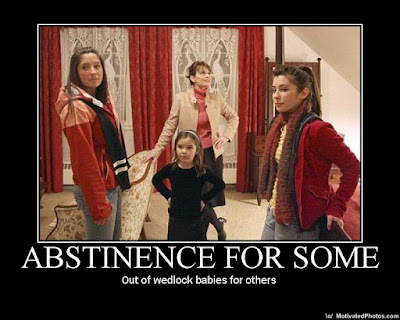 Texas has one of America's highest rates of teen pregnancy. It also receives more than any other state in federal assistance for abstinence programmes.

The overwhelming majority of Texas schools use scare tactics and spread myths in place of teaching basic sex and health information that students can use to protect themselves and others, according to a report released Wednesday by watchdog group Texas Freedom Network.

TFN's two-year study of education materials from 990 Texas school districts showed that about 94 percent of public schools use abstinence-only programs that usually pass moral judgments while either downplaying or ignoring contraception and health screenings.

They put much of the blame on school administrators' fear of controversy and religious groups that teach that sex is shameful.

Texas continues to have one of the nation's highest teen pregnancy rates despite receiving more federal abstinence funding than any other state.