The Rebirth of Populism 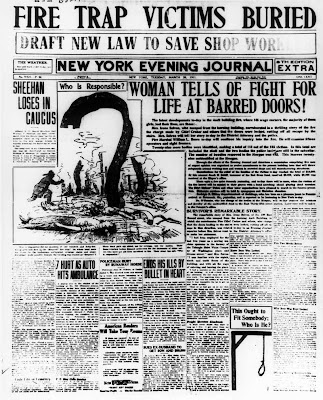 Rachel Maddow and Bill Maher and 100,000 Dubliners may just be right. We may be about to witness the restoration of populism.

The Dubliners turned out in an angry protest over inadequacies in their government's stimulus initiative. The comments reported in The Guardian and other papers suggested a depth of anger that won't be going away soon, the fuel to drive change.

Give white and blue-collar Americans a chance to let the reality of what's hit them sink in and they too might come to see the economic elite for what they have wrought on working Americans. Big Business, Big Capital has left the United States in tatters and it was all through a toxic brew of greed and incompetence.

The factories of wealth raked in trillions of dollars through cannibalizing America's industrial base and flooding world markets with bad paper. Right wing news organizations ran interference for them, distracting the working classes with xenophobic anger and fears of terrorism. What happens if blue and white-collar Americans discover that they were indeed terrorized - from within? What fate awaits the oligarchs if the American people throw off their blankets of fear?

I'd bet that the populist revolution in the United States will break out when their government moves to "reform" Social Security. Having saddled working America with two, likely three-trillion dollars in debt on stimulus spending and bailing out Wall Street and American banks, it's going to take a lot of brass to stare down those workers and tell them the government can't afford to honour its Social Security promise to them.

That pitch falls apart as soon as someone asks "why?" The only reason why is that the federal government has, for decades, stolen the money working Americans entrusted to it for their retirement. It simply appropriated each year's Social Security surplus, money that was supposed to be safely invested to grow the fund necessary for the wave of Baby Boomer retirees. It siphoned off much of that surplus and wrote IOUs in exchange. Remember Bush talking about a file cabinet full of worthless IOUs?

What if working class America stomped its collective foot and demanded "government of the people, by the people and for the people," the deal enshrined in Lincoln's Gettysburg Address? My, my, my - the possibilities are endless.

Americans have a rich history of populism marked by the rise of the Progressives in the late 1800s through the 1920s. It was a democratic balancing, a movement to set right the excesses of the oligarchs, to reclaim political power for the public.

Keeping Joe Lunchpail in line hasn't been easy but it's been accomplished by feeding him the lie that progressivism = liberalism = socialism = communism = godless political slavery. It's a powerful lie but a lie nonetheless. It's a lie that's going to become harder to sustain. Once working Americans come to see it as a lie and realize how it's been used against them it must just spark a counter-offensive in the class war that's been quietly waged on working America going back to the Reagan years.
Posted by The Mound of Sound at 8:49 AM

MoS, What is that Surveillance Society tag/badge all about?

It's nothing more than a reminder that we're being stripped, involuntarily and worse - voluntarily, of most of our privacy.

It's intended to make people think about their privacy and perhaps understand that the right of privacy is the glue that holds together most of our other human and political rights and freedoms.

I am troubled at the extent to which we're being monitored, tracked and scrutinized; legally and illegally; by governnments and their various agencies as well as the private sector.

This century will manifest challenges unprecedented in human history. Responding to some of these will put tremendous strains on democracitic societies. If future generations' freedoms and rights are to be rescinded or abridged, privacy will be instrumental in the process.

That sounds a tad hysterical until you consider the dramatic but relatively insignificant terrorist attacks of 9/11 and how quickly the US government moved against the constitutional rights of its own citizens.

My late father told me that we had not one right or freedom that hadn't been paid for, in blood, at least once and that there wasn't one of those rights and freedoms that couldn't be taken from us to the advantage of someone else. All we had to do was turn indifferent, complacent, apathetic.

"I am troubled at the extent to which we're being monitored, tracked and scrutinized; legally and illegally; by governnments and their various agencies as well as the private sector."

That is something that has troubled me for quite some time now as well MoS. And it is only going to get worse, even more invasive.

As we move closer & closer to integration with the U.S., & it will happen much deeper than it already is, we will have no privacy whatsoever. Databases are prevalent in all sectors of govt., big business, townships, cities, etc. & information is shared with the U.S. govt. as well. 9/11 really stepped up the process.

I have my own thoughts on how we will eventually no longer be "Canada" but part of a union with the U.S. down the road. I might do a post on that soon.

It's frightening really & I have no idea on how this process can be stopped.

Is that badge from a particular site? And if so can you link to it?

Hey Penlan. You can get that button at the ACLU website: