The Donald Cashes In His Chips 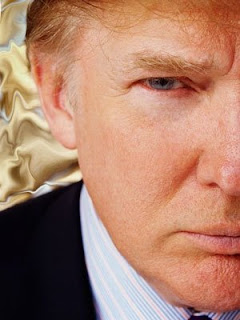 Donald Trump has parted company with his flagship casinos, the Trump Taj Mahal Casino Resort and Trump Plaza Hotel & Casino in Atlantic City, paving the way for them to be placed into bankruptcy.

Trump Entertainment Resorts is no stranger to US bankruptcy laws. This'll be the company's third dip into the fiscal car wash. In fact, TER just emerged from bankruptcy in 2005.

Trump stepped down as CEO on Friday after failing to dissuade RET's bondholders from demanding the company be placed into bankruptcy.

"Almost every company is in serious financial trouble," he added. "Despite this, I will be watching closely and at some point in the future, I hope to return."
Posted by The Mound of Sound at 7:33 AM