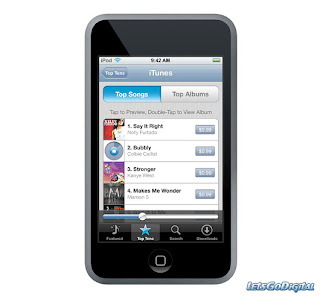 A recent study found that students who watched a podcast of a lecture scored significantly higher than those who attended the lecture. From New Scientist:

Podcasted lectures offer students the chance to replay difficult parts of a lecture and therefore take better notes, says Dani McKinney, a psychologist at the State University of New York in Fredonia, who led the study.

"It isn't so much that you have a podcast, it's what you do with it," she says.

To find out how much students really can learn from podcast lectures alone - mimicking a missed class - McKinney's team presented 64 students with a single lecture on visual perception, from an introductory psychology course.

The researchers told the students they would be tested on the material in a week, and they also asked students to hold onto their class notes.

Students who downloaded the podcast averaged a C (71 out of 100) on the test - substantially better than those who attended the lecture, who on average mustered only a D (62).

But that difference vanished among students who watched the podcast but did not take notes.Students who listened to the podcast one or more times and took notes had an average score of 77, McKinney says.

I'm not sure that I buy this - at least not entirely. It rules out participating in in-class discussions, there's no chance to ask a question or seek clarification. And besides, who wants to have their kids home all day playing with I-Pods?
Posted by The Mound of Sound at 10:59 AM

Most students never ask questions (at least in Science/Engineering courses), however, I doubt many would commit to watching every podcast multiple times from a course to study for a final (especially if they're taking >4 courses, like in sci/eng).

Did Apple sponsor this study?

No Apple didn't sponsor it but it is working on something called I-pod University.

Thank God they never had this stuff when I went. Slackers like me would've been doomed, utterly doomed.

It probably depends alot on the student, the course as a whole (not just one lecture) and the prof.

I believe liliannattel is quite correct--it probably does depend alot upon the student. The ones who did the best were the ones who worked the hardest...they took notes (rather than passively listening) AND they listened to the podcast more than once. I, too, doubt that many students would do that for every lecture. But, it would be cool for difficult material, or especially for students new to college. They might listen alot during the beginning of the semester, and then not much at all toward the end, when their note taking skills at the college level improve.