The End of the Road in Afghanistan 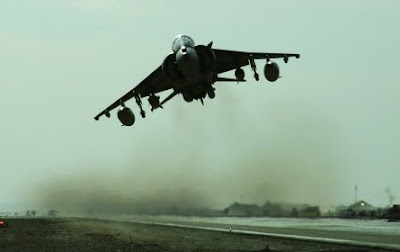 On the 20th anniversary of the expulsion of Soviet forces from Afghanistan, the United States and NATO forces are staring into the same abyss.

Jonathan Landay of McClatchey Newspapers has seen it all before when he was one of those reporters who used to sneak across from Pakistan to cover the Mujahids' war against the Soviet occupation.

Some Afghan experts are worried that the United States and its NATO allies are making some of the same mistakes that helped the Taliban's forerunners defeat the Soviet Union after a decade-long occupation that bled the Kremlin treasury, demoralized Moscow's military and contributed to the Soviet Union's collapse.

Among the mistakes, these experts said, are relying too heavily on military force, inflicting too many civilian casualties, concentrating too much power in Kabul and tolerating pervasive government corruption.

Violence and ethnic tensions will worsen, they warned, absent a rapid correction in U.S.-led strategy that improves coordination between military operations and stepped up reconstruction, job-training and local good governance programs.

"I see a time when again there could be thousands of unorganized insurgencies around the country," he cautioned. "The foreigners are the ones who will be targeted. If we don't bring change here, these kinds of incidents will add to the Taliban insurgency."

...Adm. Mike Mullen, the chairman of the Joint Chiefs of Staff, conceded in a Washington Post opinion article Saturday that the U.S., which is planning to almost double the 32,000-strong U.S. force in Afghanistan over the next 18 months, will lose the war if it can't win Afghans' trust.
"We can send more troops. We can kill or capture all the Taliban and al Qaida leaders we can find — and we should. We can clear out havens and shut down the narcotics trade. But until we prove capable, with the help of our allies and Afghan partners, of safeguarding the population, we will never know a peaceful, prosperous Afghanistan," Mullen wrote. "Lose the people's trust, and we lose the war."

A senior official of the NATO-led International Security Assistance Force, who requested anonymity in order to speak more candidly, said that many allied governments would find it harder to keep troops in Afghanistan "if we don't see some sort of rise in (Afghans') perception of how things are going . . . within the next 12 months."

I correspond with Landay occasionally and I know he doesn't see much chance of our Afghan war turning out at all well. Then again, we were never fighting to win in any case. Admiral Mullen's comments speak volumes especially when he says that until we're able to "safeguard" the population we'll never get anywhere.

As I've written many times, our side very, very rarely wins this sort of war. But our side never wins this type of war when we ignore the cardinal tenets of counterinsurgency warfare. And in Afghanistan we've ignored them all.

The first and foremost of these tenets is that you "go big or go home." You flood the country with troops, as many as are needed to secure the civilian population and perform your other objectives. This is the most labour-intensive form of warfare bar none. And what did we do? We went there on a shoestring and, eight years later, we're still operating on a shoestring.

I think this war is already lost. Following the playbook to a T, we're now in the phase where we try to avoid seeing that, where we look the other way. Do you think there might be a reason why Harper suddenly became willing to throw in the towel?
Posted by The Mound of Sound at 11:04 AM