Is It Time to Rethink NATO? 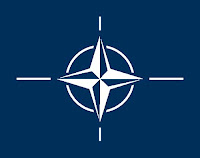 The essence of the North Atlantic Treaty Organization was mutual-defence. We were all pledged to come to the aid of each other in the event any of us was attacked - by the Soviet Union.

NATO never would have come into being if any of the signatories believed another might use the alliance to provoke a Soviet attack. It wouldn't have been tolerated.

Does that still hold true? Maybe not but the founding member states would be well served to read the Riot Act to our new, eastern European members.

A report from McClatchey Newspapers Washington bureau sheds some disturbing light on events behind Georgia's ill-fated attack on South Ossetia:

"Pentagon officials said that despite having 130 trainers assigned to Georgia, they had no advance notice of Georgia’s sudden move last Thursday to send thousands of Georgian troops into South Ossetia to capture that province's capital, Tskhinvali.

Not only did the U.S. troops working alongside their Georgian counterparts not see any signs of an impending invasion, Georgian officials did not notify the U.S. military before the incursion, a senior U.S. defense official told McClatchy.

Some experts, however, wondered whether the administration might have inadvertently sent Saakashvili mixed messages that would have led him to believe he could count on U.S. support if he got into trouble.

"The Russians have clearly overreacted but President Saakashvili . . . for some reason seems to think he has a hall pass from this administration," said former Deputy Secretary of State Richard Armitage.

A "parade" of U.S. officials, including Secretary of State Condoleezza Rice, visited Tbilisi to urge Saakashvili to avoid giving the Kremlin to act, a State Department officials said.

At the same time, U.S. officials said that they believed they had an understanding with Russia that any response to Georgian military action would be limited to South Ossetia.

Did America really get sandbagged by Saakashvili? That's hard to imagine but, if they did, it speaks volumes of America's hellbent rush to expand NATO eastwards. On the other hand, it could just be that the White House and the Pentagon - already facing enough problems with their military adventures in Iraq and Afghanistan - want to distance themselves from failure in the Caucasus.

One thing is clear. It's time to rethink NATO and come out with some clear guidelines to ensure that no eastern European member can start a war we would all regret.

Georgia is not a part of NATO. Despite the enthusiasm of Bush and Harper, it was quietly stuffed into the back burner.

The major strain in the NATO alliance at this moment is the so-called Partnership for Peace. Bush's neo-cons have watered this to the toilet throught the so-called missile defence. One thing about this conflict is that the new Polish government under Tusk is having second thoughts about it. An Obama win may help put the missile defence idea on the back burner.

I thought I read somewhere today that the Poles are closer to concluding their missile deal with the US. It does seem to be a real thorn in the side of Europe/Russia relations.

The Russian suggestion that the US missile shield be located inside of Russia seemed reasonable on the surface, in the context of recent NATO expansion and assuming arms races reduce health funding in debt-ravaged America and alcoholism-ravaged Russia.

Then why fire the lead negotiator in what was a major East European crisis since Cyprus and three months before the US election?

Tusk is more centralist and pro-European than Kaczynski. Win-win for Poland. If McCain wins, there are stronger military guarantees. An Obama victory may encourage a new pan-European imperative in common defence.

The missile defence deal will be signed tomorrow. Tusk has won a major concession from the US. The stationing of a permanent Patriot missile battery inside Poland as a counter against Russian short range missiles.

Thanks 'Shroom. I guess Putin can counter that by just deploying a few more SSMs. Doesn't sound like much of a lasting solution.