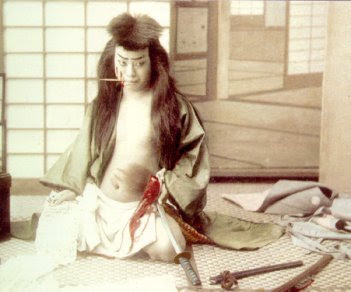 If the Oliphant inquiry will accomplish anything, it will be to have provided a forum for Brian Mulroney to demolish the last vestige of his reputation. He promised he would lay it all out and would be vindicated. But in his six days on the stand it became increasingly obvious that he was concealing far more than he was revealing and that his uncorroborated accounts simply didn't add up, didn't make much sense.

BMPM should have been remembered for his environmentalism or his courageous stand against South African apartheid but he's put an end to all that. Now he'll go down in the books as a shifty character who was always hiding something and consorting with n'er do wells on shady, undocumented deals. He'll be the tragic figure who demeaned himself with implausible explanations that defied all credulity.

I can't help wondering how Brian Mulroney saw Brian Mulroney when this inquiry began for it was certainly that self-image that shaped his performance over the past week. He must have given his counsel, Guy Pratte, absolute fits. Every lawyer dreads the client who gets up on the stand and rambles on foolishly, pointing out his own vulnerabilities to all who hear him. I've seen that thing played out more than once. There's a certain shared consciousness that spreads to counsel for all parties and to the bench. As often as not it goes unmentioned but everyone, save perhaps for the witness, knows the undeniable reality of what has just happened. Pratte and Wolson and Oliphant have undoubtedly had a few of those moments already - Mulroney's implausible account of how he simply kept bundles of cash gathering dust in his home safe or some bank safety deposit box, his inability to show anything tangible to evidence the work he supposedly did for Shcreiber, the glaring inconsistencies in his saga of his tax reporting and voluntary disclosure. What he kept saying simply made no sense.

One point that really piqued Oliphant's interest was Mulroney's revelation of an article the Globe and Mail was about to print that exonnerated him, an article that was pulled at the last minute as just another part of the plot to destroy Brian Mulroney. That claim led Globe editor, Edward Greenspon to dash off a denunciation to inquiry counsel Wolson:

In his testimony today, Mr Mulroney made reference to a supposed fourth article in the November 2003 series authored by William Kaplan and suggested this article, on which he "was counting very heavily," was suppressed by the Globe. There was no such fourth article ever contemplated. The number of articles in the series was always three.

As though Brian Mulroney's dwindling credibility needed, or could withstand, another hit. So much for his claims that he's always been fothright about his dealings with Schreiber, gladly willing to answer any questions put to him.

It's too bad - for Mulroney - that he used his appearance to take swings at those he feels have betrayed or persecuted him, the current prime minister, Jean Chretien, Norman Spector, William Kaplan ...the list goes on. In doing this Mulroney revealed that the once great prime minister now stands alone, weak and vulnerable.
Posted by The Mound of Sound at 7:34 AM