Guess Who Ain't Coming to Dinner? 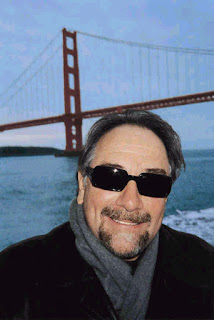 Britain has decided it doesn't want extremists, even if they are American, entering the country.

Home Secretary Jacqui Smith said she decided to publish the list to show what type of behaviour the government will not tolerate. Those who had the door slammed in their faces between October, 2008 and March, 2009 were determined to be fostering extremism or hatred.

Michael Savage (also known as Michael Weiner) – U.S. talk radio host from San Francisco who has called the Qur’an a "book of hate."

Shirley Phelps-Roper – daughter of Fred Phelps. The pair have picketed the funerals of AIDS victims and said the deaths of U.S. soldiers in Iraq is punishment for tolerance of homosexuality
.
Yunis Al-Astal – Hamas lawmaker in Gaza.

Email ThisBlogThis!Share to TwitterShare to FacebookShare to Pinterest
Labels: extremism

What will be most interesting is if names from the Bush administration start showing up on the list. Depending at which level in the bureaucracy the decisions are actually made, that may well in fact happen.

That would be something but I just don't see it happening.