Reviving Kyoto - Because That Worked So Well the First Time 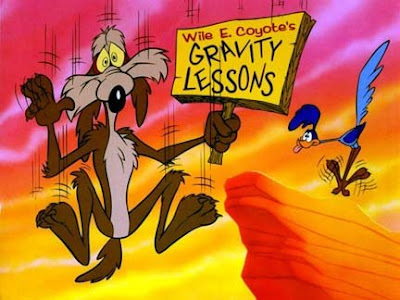 Environmentalists and climate scientists were hoping for a real breakthrough in the fight to slash carbon emissions in the new U.N. climate pact. It doesn't look like they're (we're) going to get it. A report in Reuters suggests that we're more likely to wind up with little more than a slightly improved version of the Kyoto accords:

"There's not a lot of ambition around," said Jennifer Morgan, of the London-based think-tank E3G, of submissions to the United Nations published this month to meet a deadline for consideration in a deal to be agreed in Copenhagen in December.

...plans outlined by developed nations add up to average cuts in greenhouse gas emissions of between 9 and 16 percent below 1990 levels by 2020, according to Reuters calculations. That is nearer the goal of the Kyoto Protocol -- an average cut by industrialized nations of 5 percent below 1990 levels by 2008-12 -- than the 25 to 40 percent reduction below 1990 by 2020 outlined by the U.N. Climate Panel as the order of cutback required to avert the worst of global warming.

"The economic downturn is putting a brake on the level of commitment and investment to mitigate climate change," said Pep Canadell, head of the global carbon project at Australia's Commonwealth Scientific and Industrial Research Organization.

Among developed nations, the European Union says cuts must ensure that world temperatures do not rise more than 2 Celsius (3.6 Fahrenheit) above levels that existed before the Industrial Revolution.

"Submissions so far from all countries are nowhere near 2 Celsius," said Bill Hare, a visiting scientist at the Potsdam Institute for Climate Impact Research and a director of Climate Analytics.

"Many countries are slumbering through the climate crisis like Sleeping Beauty," Norwegian Environment Minister Erik Solheim said, asked about the gap between the rich nations' offers and the expectations of developing nations.

http://www.reuters.com/article/wtUSInvestingNews/idUSTRE5463BY20090507
Posted by The Mound of Sound at 1:13 PM

We need a "World" Leader to step up, and lead us. Someone worthy of the title world leader. Someone who will make the Harpers of the world feel inadequate to the point where they just follow.

Yes but then some American fundamentalist, fearing the onset of the much villified 'world government' would take out his big bore, fully automatic assault cannon and perforate the freshly minted world leader. Hey, they can't help themselves. It's what they do.