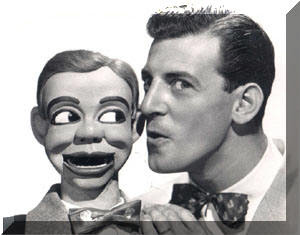 A convention of scientists has asked our Furious Leader to be less of an authoritarian, undemocratic asshole.  There, I said it.

In an open letter to His Majesty, King Steve, the American Association for the Advancement of Science has asked that he stop muzzling federal researchers.

"Despite promises that your majority government would follow principles of accountability and transparency, federal scientists in Canada are still not allowed to speak to reporters without the 'consent' of media relations officers," the letter read.

...The Prime Minister's Office referred questions Friday to the office of Gary Goodyear, minister of state for science and technology.

In an email, spokesperson Jay Jacobson said the government's communications policy is designed to ensure that "interviews or technical information on specialized subjects, are directed to knowledgeable managers or staff designated to speak as official representatives."

[Postmedia science writer, Margaret] Munro described how, in the past, reporters could get interviews with government scientists within an hour of submitting a request.

That began to change in late 2007, she said, when Environment Canada issued a new "media relations protocol" that required scientists to refer media inquiries first to communications officers, who would help craft responses to reporters' questions.

Yes, that's "craft" as in filter and direct.  Harper's communications commissars determine which questions may be answered, which questions shall not, and how the answer is to be framed to comport with government policy.   In other words, the Harper government has neatly transformed the public service into a political agency of the prime minister's office.  It's a ventriloquist's act and nothing more.
Posted by The Mound of Sound at 6:59 AM

For the Harper Party, Mound, communication is always one way and top down. That's why the Vikileaks phenomenon is so important.

Communication has become guerilla warfare -- and there will be a lot more of it, as parliamentary committees go behind closed doors.

Also reported by the BBC

Villas to rent in Majorca said...

your blog is very nice and from here we can learn alot...

Hi , thanks for sharing your information.The insights are really helpful and informative. If anyone want to know about politics, this will be the rightplace for you.
how to start political career in india
political science courses In india