A Declaration of War - On the Future 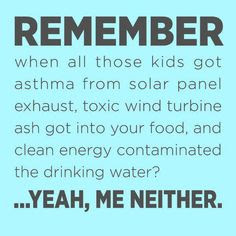 Just when you thought you had heard all the arguments against oil/gas/bitumen pipelines, Bill McKibben comes up with another that's usually overlooked. What does it mean when outfits like Enbridge or Kinder Morgan spend billions developing a pipeline? It means they mean to be using it for an awful long time, well past the time limit for us to have abandoned fossil fuels.


Here’s the basic math: if you build a pipeline in 2016, the investment will be amortized for 40 years or more. It is designed to last -- to carry coal slurry or gas or oil -- well into the second half of the twenty-first century. It is, in other words, designed to do the very thing scientists insist we simply can’t keep doing, and do it long past the point when physics swears we must stop.

These projects are the result of several kinds of momentum. Because fossil fuel companies have made huge sums of money for so long, they have the political clout to keep politicians saying yes. Just a week after the Paris accords were signed, for instance, the well-paid American employees of those companies, otherwise known as senators and representatives, overturned a 40-year-old ban on U.S. oil exports, a gift that an ExxonMobil spokesman had asked for in the most explicit terms only a few weeks earlier.

...The money, however, is only part of it. There’s also a sense in which the whole process is simply on autopilot. For many decades the economic health of the nation and access to fossil fuels were more or less synonymous. So it’s no wonder that the laws, statutes, and regulations favor business-as-usual.

...This zombie-like process is guaranteed to go on for years, even decades, as at every turn the fossil fuel industry fights the new laws and regulations that would be necessary, were agreements like the Paris accord to have any real teeth. The only way to short-circuit this process is to fight like hell, raising the political and economic price of new infrastructure to the point where politicians begin to balk. That’s what happened with Keystone -- when enough voices were raised, the powers-that-be finally decided it wasn’t worth it. And it’s happening elsewhere, too. Other Canadian tar sands pipelines have also been blocked. Coal ports planned for the West Coast haven’t been built. That Australian coal mine may have official approval, but almost every big bank in the world has balked at providing it the billions it would require.

There’s much more of this fight coming -- led, as usual, by indigenous groups, by farmers and ranchers, by people living on the front lines of both climate change and extractive industry. Increasingly they’re being joined by climate scientists, faith communities, and students in last-ditch efforts to lock in fossil fuels. This will undoubtedly be a key battleground for the climate justice movement. In May, for instance, a vast coalition across six continents will engage in mass civil disobedience to “keep it in the ground.”

And in a few places you can see more than just the opposition; you can see the next steps unfolding. Last fall, for instance, Portland, Oregon -- the scene of a memorable “kayaktivist” blockade to keep Shell’s Arctic drilling rigs bottled up in port -- passed a remarkable resolution. No new fossil fuel infrastructure would be built in the city, its council and mayor declared. The law will almost certainly block a huge proposed propane export terminal, but far more important, it opens much wider the door to the future. If you can’t do fossil fuel, after all, you have to do something else -- sun, wind, conservation. This has to be our response to the living-dead future that the fossil fuel industry and its allied politicians imagine for our beleaguered world: no new fossil fuel infrastructure. None. The climate math is just too obvious.

This business of driving stakes through the heart of one project after another is exhausting. So many petitions, so many demonstrations, so many meetings. But at least for now, there’s really no other way to kill a zombie.

McKibben is right. They, the fossil fuelers - extractors, refiners, distributors - intend to run roughshod over every effort to stave off the very worst climate change outcomes. They're in a fight, one that is governed by any rules that serve their interests and no others. They're in a fight against us and against the future. They intend to be at this for generations and they will - unless they're stopped and we can't depend on Justin or Tom and certainly not Rona to do that.

Everyone stops paying their taxes....and I mean everyone. The idea is to break us. Cheers.

As long as we keep fueling up our cars and trucks with gasoline and diesel, oil companies will keep supplying us.

In BC we have BC Hydro, which is mostly public-owned and provides about 11,000 megawatts of clean, renewable hydro electricity. That can go a long way, supplemented with solar and other renewables. I envision expanded electric rail and passive solar, things like that replacing fossil fuels eventually.


Yeah, all we have to do is break the nuclear bond that ties the political caste to the fossil fuelers. When your party of choice is in league with these powerful forces of destruction, how are you going to upset that apple cart?