Living In the Age of Unexpected Consequences 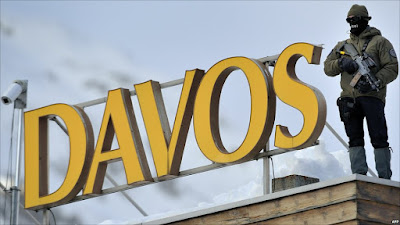 Some scary thoughts from the chairman of the World Economic Forum, Davos. Klaus Schwab says we've entered a time of great uncertainty for rich and poor alike and could be headed for a "substantial social breakdown."

In Schwab's dystopian world, mass migrations will multiply in number and size.

“Look how many countries in Africa, for example, depend on the income from oil exports,” Schwab said in an interview ahead of the WEF’s 46th annual meeting, in the Swiss resort of Davos. “Now imagine 1 billion inhabitants, imagine they all move north.”

...That fits into what Schwab, the founder of the WEF, calls the time of “unexpected consequences” we now live in. In the modern era, it’s harder for policy makers to know the impact of their actions, which has led to “erosion of trust in decision makers.”

“First, we have to look at the root causes of this,” Schwab said. “The normal citizen today is overwhelmed by the complexity and rapidity of what’s happening, not only in the political world but also the technological field.”

...Schwab warns that technological innovation may result in the loss of 20 million jobs in the coming years. Those job cuts risk “hollowing out the middle class,” Schwab said, “a pillar of our democracies.”

No, Klaus, sorry but you're wrong. The middle class is the pillar of our democracies, the sine qua non. Without it democracies won't flourish, the very change we see today, and when democracies are no longer robust they degrade into illiberal democracy en route to becoming something else altogether, something feudal in nature, oligarchy.

An Anonymous commenter provided a link to a 1990 documentary entitled "The March." It depicts the sort of mass migration Schwab refers to.  25-years later, it's all the more believable.

Here's the thing. Europe does not have the ecological resources to support its own population much less a massive migration of newcomers. Save for the Scandinavian countries, EU states are all running substantial ecological deficits largely satisfied, for now, by imported foodstuffs. 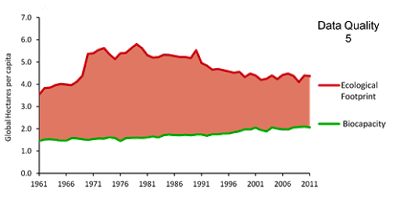 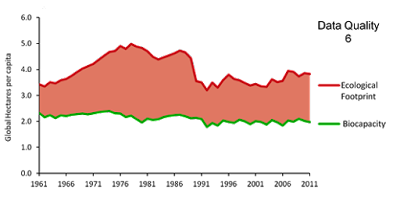 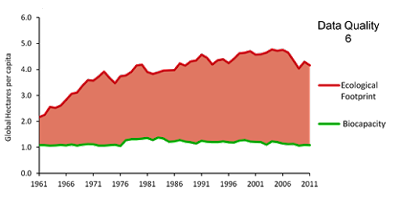 Britain is worse off yet. The point is they simply don't have the biocapacity to support their existing populations much less a massive influx of migrants. Europe is an already dangerously overloaded lifeboat. It really has few choices, none of them good.
Posted by The Mound of Sound at 6:32 PM

i am grappling these days with words that have become "bankrupt"
words with zero definition
or a definition known only in the speakers mind
what is middle class?
a million in possessions and 900k in debt with a 100k salary?
200k in possessions no debt and 15k income?
are we both poor?

Klaus Schwab says we've entered a time of great uncertainty for rich and poor alike and could be headed for a "substantial social breakdown."

Old news.
The enlightened were aware many years ago.

9:53. Anyong said.... I question "could be". I think we are already there in a "substantial social breakdown". If people think war is bad...just wait.

@ Anon 9:53. Thanks for the link. I've incorporated the video into the post. To add a bit of context I included the latest evaluation of Europe's ecological deficit. It's a nightmare scenario. Europe is far short of the natural resources needed to sustain its existing 500-million population. The idea of a mass migration overwhelming the Euros is horrible. For Europe it would be kill or be killed.