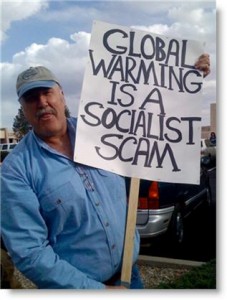 The dumb are too dumb to know just how dumb they really are. That's seriously dumb, sometimes dangerously dumb. It's "here, hold my beer - now watch this" dumb.

There's a scientific name for it, the Dunning-Kruger effect. It's named for Cornell's David Dunning and Justin Kruger 1999 research into the boneheaded.

The Dunning–Kruger effect is a cognitive bias in which relatively unskilled individuals suffer from illusory superiority, mistakenly assessing their ability to be much higher than it really is. The bias was first experimentally observed by David Dunning and Justin Kruger of Cornell University in 1999. Dunning and Kruger attributed this bias to a metacognitive inability of the unskilled to recognize their own ineptitude and evaluate their own ability accurately. Their research also suggests corollaries: highly skilled individuals may underestimate their relative competence, they may erroneously assume that tasks which are easy for them are also easy for others.

Dunning and Kruger set out to test these hypotheses on Cornell undergraduates in psychology courses. In a series of studies, they examined subject self-assessment of logical reasoning skills, grammatical skills, and humor. After being shown their test scores, the subjects were asked to estimate their own rank. The competent group estimated their rank accurately, while the incompetent group overestimated theirs. As Dunning and Kruger noted:

Across four studies, the authors found that participants scoring in the bottom quartile on tests of humor, grammar, and logic grossly overestimated their test performance and ability. Although test scores put them in the 12th percentile, they estimated themselves to be in the 62nd.

Meanwhile, subjects with true ability tended to underestimate their relative competence. Roughly, participants who found tasks to be easy, erroneously presumed to some extent, that the tasks also must be easy for others.

This could explain a common theme witnessed in climate change deniers. They have an astonishing lack of any sense of just how harebrained they are. They do exhibit illusory notions of superiority, readily placing their uneducated opinion on par with the scientific consensus. They're just too damned dumb to realize just how damned dumb they are.

There was another study that showed that pessimists are right more often than optimists. (Sorry, I can't remember the source.)

I think that group acceptance is more important to the dummies than real fact. If Dummies International has global warming denial as part of their club catechism then any dummy wanting in will believe and no amount of factual information will penetrate. The terrifying thing is that it is so easy for vested interests to push the buttons that appeal to dummies, thus Dummies International can be an Astro-turf organization that uses and abuses its dummy members without said dummies suspecting.

Methinks that Dunning and Kruger did their study using the BC Liberal caucus as their subjects.