Turning Back the Hands of Time, Back Before Harper

Many British Columbians had never heard of the Gitga'at before that cold, black night when they launched their small boats to rescue the passengers from the stricken B.C. Ferries Queen of the North just before it sank to the seabed, 600 feet below. The Hartley Bay tribe earned our respect and gratitude that night and they've kept on winning hearts and minds ever since. 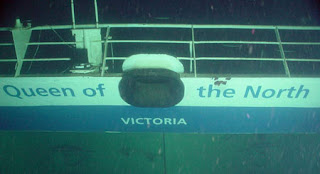 The Gitga'at live just around the point from the site designated for construction of a supertanker terminal for Alberta dilbit that was to be delivered via Enbridge's Northern Gateway pipeline. The Gitga'at and other nearby First Nations knew all too well what a supertanker sinking would mean to their coastal fishery and their traditional way of life and they weren't going to stand for it. They went to court. 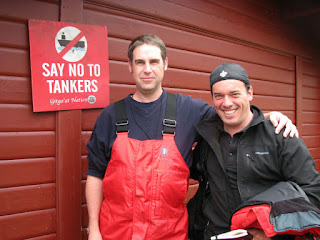 The B.C. Supreme Court has ruled the B.C. government breached its duty to consult the Gitga'at and neighbouring First Nations on the Enbridge Northern Gateway pipeline. The decision, announced Wednesday, is seen as a major victory for First Nations that could have an impact on future oil pipeline projects.

Coastal First Nations took the B.C. government to court in January 2015 in a bid to strike down an agreement that gave Ottawa decision-making authority over the Enbridge Northern Gateway pipeline project. In June 2010, the B.C. Liberals signed an "equivalency agreement" with Ottawa, which effectively gave the federal National Energy Board final say over the environmental assessment process for five projects including the Enbridge Northern Gateway and Kinder Morgan Trans Mountain pipeline expansion.

"Coastal First Nations brought this to the attention of the province before Northern Gateway was approved by the National Energy Board. We said, 'hold on here, you can't make a decision that affects our lives without talking to us first.'... So basically Northern Gateway is back where they started 10 years ago."

"What it means is, Enbridge now has to come back and get the (environmental) certificate from British Columbia," he said. "The ruling said the B.C. government abdicated its duty to conduct an environmental assessment, and its duty to consult with and accommodate First Nations."


I'm incredibly proud of the Gitga'at and the other First Nations who fought the hard fight for all coastal British Columbians and refused to succumb to intimidation and bribes.  We owe them a huge debt of gratitude. I'd like to think even the Spirit Bear is grateful. 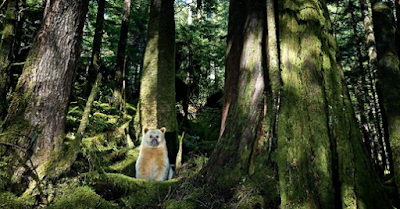 Yes, I'm grateful and thank the Gitga'at for this. I'm frequently reminded that the First Nations fight for all of us, not just themselves.

Mound, many thanks for this post as I have not seen it reported elsewhere. Most first nations support a more reasoned approach living on "Turtle Island", something that the rest of Canadians must embrace. They have provided the primary defense against over egregious industrial (and sadly, federal governmental) attempts to evade environmental oversight. I will be also be interested in the Supreme Court decision in the Ernst case - another example of a captured regulator that completely fails the public interest.

I'm not sure I know the Ernst case, ATRQ. Can you fill me in?