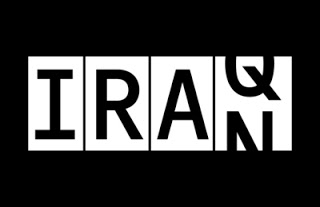 Both my kids are of "military age" not that either would be seen learning how to slow march across a parade square. Still they are of an age in which many of the same vintage took the Queen's shilling and went off to war in the Muslim world whether it was fighting on the ground in Afghanistan and, more recently, Iraq or bombing Libya, Iraq or Syria.

Every generation, it seems, has its wars. My dad's had WWII and Korea. Mine had the Vietnam war although Canada itself wisely gave that one a pass. My kids were largely able to escape the worst of the Cold War but they have got these smaller but equally ugly wars that pit the West against Islam that blends the worst elements of a military, 'shoot'em up' war with an odd form of Cold War in Muslim countries we aren't actually bombing.

Here's the thing. My children were in diapers when we started this business with Desert Storm, George H.W. Bush's adventures in the sandbox of Mesopotamia in 1990 and it's been pretty much uninterrupted to this day. Even Clinton kept the fires stoked with his brutal sanctions on Saddam that left the tyrant relatively unaffected but inflicted misery and death on tens, perhaps hundreds of thousands of ordinary Iraqis, many of them children.

Two terms of Clintonitis passed to be followed by the Bush Jr. era and, with that, the big burner was turned on again. First Afghanistan and then Iraq. If Bush/Cheney hadn't botched up those wars of convenience so badly who knows, maybe they would have extended their rampage to Iran.

During the span from Bush 1 to Clinton and then Bush 2 there was a quiet transformation as America moved into a new form of warfare, "Permawar," war without end, permitting no meaningful victory or defeat. Each side gets just enough out of it to keep it going perhaps forever or until some external catastrophe - financial collapse or climate change - brings it to a halt.

Most of us recall Eisenhower's warning about the emergence of a military-industrial complex in America. Not many realize how that has morphed over the past two decades into what Andrew Bacevich refers to as today's military-neoconservative-Christian fundamentalist-industrial-commercial warfighting complex. This, folks, is a cabal tailor-made for war without end.

All of which makes me wonder if my grandchildren, should they come along, will inherit the wars of my generation's making and, perhaps, even pass those wars along to their kids? Have we unwittingly enslaved ourselves to a new, ultimately pointless, 'hundred years war'?

Last week (or year or decade, you choose) we were fighting an inconclusive multi-year war in Afghanistan that only ended when we withdrew from the field of combat leaving our adversaries still standing. Hint: that means we lost. It also means they won.

Then ISIS popped up and threatened the survival of the Baghdad government before spreading, almost effortlessly, into Syria. Now we're fighting an inconclusive war in Iraq and Syria. Sure there are signs that ISIS and all the other Islamist groups such as al Nusra and al Qaeda may not be able to hold out forever but that overlooks that, ultimately, they're playing for time. They're already outsourcing their war to the western reaches of North Africa, up through the Caucuses of southern Russia, the southern provinces of China and, more recently, into the Philippines and now Indonesia.

What's the answer? I know, let's only do the thing that's actually worked. What is that? Damned if I know. I haven't seen anything that's worked yet. Frankly, with the amount of money that's being made through the establishment and expansion of the Age of Permawar, I'm not sure anyone's really looking for solutions - not yet, anyway.

Isolationism? It certainly has its advantages but it's also got some major pitfalls. I think we should be cautious before going that route.

I do have an idea, one that might work. Let's take an honest look at all these fiascos, how we got into them, and where we went wrong. Let's admit that one hard truth we try to ignore that, today, it's not enough to have All the King's Horses and All the King's Men, not when you're fighting over Humpty Dumpty.

My idea - let's not get into wars that we lack the means and will to win. No point spending a decade playing whack-a-mole with your own troops' and other peoples' lives. If the cost of winning is more carnage and slaughter than we're prepared to get on our hands, let's be honest enough to accept that. No one wins all the wars, not even us. We've proven that much. Don't keep putting the rent money down on the blind nag with the lame hoof.

If winning a war means committing to a struggle that extends from one generation to the next, make sure it's for that rare something that's really worthwhile.

It would be an interesting economic analysis to examine the percentages of various nations proportion of GDP related to arms manufacture and sale.

I expect permawar to be the default condition of humanity until humanity's demise. As a species we're frightened as hell and acting out and the only thing that would put a stop (maybe!) to our planet wide genocide would be an incipient invasion by a clearly off planet alien species.

Liberals used to dance with the US instead of being fucked

@ Dana - you've touched on my real that permawar has become our default mode of interaction outside our G20 circle displacing from first place that quaint notion of diplomacy.

When you go into wars with no clear idea of what victory would look like you undermine your chances of ever achieving it.

"War is yuuuge! Don't get me wrong, I love diplomacy, really I do love diplomacy... but there's no money in it," said President Trump. He was commenting this morning on the Battle of Tehran.

It's going to be a fun year.

25 years ago, the Middle East narrative was about Israeli-Palestinian conflict...
A..non