It's Justin's National Energy Board Now and It's Still Bent - By Choice? 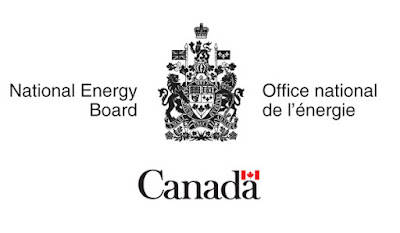 Today's National Energy Board has become synonymous with "dirty pool." New revelations show it's dirtier than anyone imagined.

Harper did an excellent job stuffing the NEB with industry shills. Trudeau promised to clean house and restore public confidence in the oil and gas regulator. He lied.

National Energy Board panelists have been meeting in secret with business leaders, including former premier Jean Charest who was working for Energy East’s TransCanada, in an obvious contravention of their mandate to conduct a public and unbiased process.

At first, the NEB vehemently denied that any discussion of Energy East took place. The public only knows the true story now (or at least some of it) because the regulator was forced to recant as De Souza’s investigative reporting and access to information requests forced them to release details.

TransCanada is being cagey. Despite repeated promises of transparency, the company still has not confirmed what it knew about the meeting. Common sense makes it hard to imagine a high level meeting with a former premier on company payroll could go unnoted. But confirmation would mean the company knowingly tampered with the NEB process.

The revelations are explosive. The NEB has the powers of a federal court. Imagine if a three-member independent tribunal was hearing arguments in a legal battle between Google and Facebook and two of the three judges decided to meet privately with a contractor hired by Google to discuss strategy about the case. What would Facebook say once the trial started? They’d bellow “rigged process,” just as every participant except big oil will declare in the case of Energy East.

Federal Green Party leader Elizabeth May captured the mood succinctly: “I’m quite shocked and it does take a lot for me to lower my opinion of the NEB enough to be shocked."

The obvious first step is for the Trudeau government to remove the head of the NEB along with the panel members that comprised themselves and reconstitute a panel with some chance at public credibility.

Jacques Gauthier is the panel member who wrote to Jean Charest explicitly asking for backroom discussions on Energy East. He was joined at the meeting by fellow panelist Lyne Mercier as well as NEB chairman and chief executive Peter Watson.

If Trudeau doesn't finally move to clean the rot out of the National Energy Board it's entirely fair to ask what he and his party are getting out of it? How far up does this go?

Alison from Creekside sent a link to a piece in iPolitics.ca. Trudeau's EnviroMin, Dame Catherine herself, is giving the government's blessing to the Harper/Trudeau NEB.

The fact that Trudeau keeps the oil and gas industry shills on the NEB when he has the power to replace them with nonparticant knowledgeable members is a dead give away to me.

If he can figure out a way to give the go ahead to these energy projects without bringing severe political blowback on himself then he will green light them, something he's wanted to do from the beginning.

Trudeau called David Suzuki. Suzuki told this story in an interview. It may have been when Trudeau got back from Paris. He was telling Suzuki all of the things he was going to be doing about climate change. Expecting a congratulations and aren't you wonderful response, Suzuki said you can't be a supporter of pipelines and call yourself a supporter of climate change. Trudeau got into a snit and called Suzuki something along the lines of a self-righteous prig.

It is the lack of serious thinking and the lack of knowledge that drive his policy decisions that is worrisome. My guess is that Trudeau has no real understanding of many of the policies he puts forth and if he doesn't understand the content of his policies then he does not understand their impact once implemented.

I think the liberals policies are created behind the scenes with very little if any input from Justin Trudeau.

As usual, the Environment Minister is missing in action.

Post Media (and print media in general) lost a lot when it let go Mike DeSouza. I'd very much wish he'd get hired by a higher-profile media outlet.

Stephen Harper insinuated himself into every corner of government and left it a stinking mess. It is going to take a lot of time to get things back in working order (although the government has pointedly been digging some deeper holes for themselves: by, for example, not halting the disaster of Shared Services Canada, which is causing chaos everywhere). Trudeau has to put his faith in his ministers, and the civil service for the time being. Despite the environment minister's supportive words of the NEB (a call for Canadians to have confidence in the NEB's process), the people running it are shooting themselves in the foot, and I hope there will be changes made.

The Government did recently turf the head of NRC-CNRC (and replaced him with a non-scientist functionary) when fires started at that organisation got too hot for the government to bear. This may happen at the NEB too. Comprehensive changes will have to wait until the rot is fully diagnosed.

Now come on Mound did you really expect anything different? Just publicise the hell out of this scandal!!