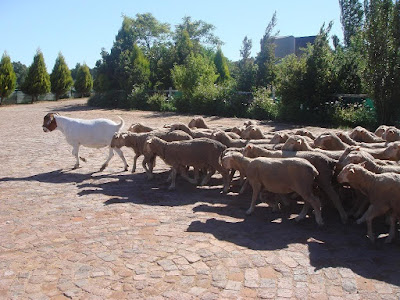 Has Justin Trudeau joined Donald Trump in Angela Merkel's class of "unreliables"? The German view is that Trudeau has become a Judas goat on climate change who threatens Merkel's hope of building a consensus to isolate Donald Trump at the upcoming G20 summit.  From Der Spiegel:

German Chancellor Angela Merkel had actually thought that Canada's young, charismatic prime minister, Justin Trudeau, could be counted among her reliable partners. Particularly when it came to climate policy. Just two weeks ago, at the G-7 summit in Sicily, he had thrown his support behind Germany. When Merkel took a confrontational approach to U.S. President Donald Trump, Trudeau was at her side.

But by Tuesday evening, things had changed. At 8 p.m., Merkel called Trudeau to talk about how to proceed following Trump's announced withdrawal from the Paris climate agreement. To her surprise, the Canadian prime minister was no longer on the attack. He had switched to appeasement instead.

What would be wrong with simply striking all mentions of the Paris Agreement from the planned G-20 statement on climate, Trudeau asked. He suggested simply limiting the statement to energy issues, something that Trump would likely support as well. Trudeau had apparently changed his approach to Trump and seemed concerned about further provoking his powerful neighbor to the south.

The telephone call made it clear to Merkel that her strategy for the G-20 summit in early July might fail. The chancellor had intended to clearly isolate the United States. at the Hamburg meeting, hoping that 19 G-20 countries would underline their commitment to the Paris Agreement and make Trump a bogeyman of world history. A score of 19:1.

For his part, the prime minister is disputing the Spiegel account, sort of. EnviroMin, Dame Cathy, claims Spiegel had a wonky translation of what was actually said by Trudeau to Merkel.

“We’re absolutely committed to climate action and the Paris agreement and we’ve been extremely vocal about this,” McKenna said, adding that she made this position clear in her bilateral discussion with her American counterpart, Scott Pruitt.

She also said she told Pruitt that the accord is “not open for renegotiation, although we are in the phase of negotiating the rules.”

The picture der Spiegel paints of what really went on at the G7 meeting is nothing short of bleak on the climate change front.

Led by the Italian G-7 presidency, the plan had been for a joint reaction to Trump's withdrawal, an affirmation from the remaining six leading industrial nations: We remain loyal to Paris.

Suddenly, though, Britain and Japan no longer wanted to be part of it. British Prime Minister Theresa May didn't want to damage relations with Trump, since she would need him in the event of a hard Brexit, the Chancellery surmised last week. And given the tensions with North Korea, Japanese Prime Minister Shinzo Abe couldn't put his country's alliance with the U.S. at risk. In other words: Climate policy is great, but when it comes to national interests, it is secondary.

Climate change is now the expendable priority? Trump has browbeaten the consensus?

America, it seems, will remain the world's power broker for the time being.

When the most powerful heads of state and government gather in Hamburg in less than a month, that fact could make things difficult for the event's German hosts, and not just when it comes to climate policy. The international situation hasn't been this unclear in a very long time and it is impossible to predict how the meeting participants will act and how the summit will unfold. There are "so many fault lines," says a source in the Chancellery: The battle for free trade and protectionism, the war in Syria, the Qatar crisis and the ongoing fighting in Ukraine all pose a threat to summit bonhomie.

In internal discussions, a list of unpredictable variables has been drawn up. At the very top is Donald Trump.

Merkel's advisers are working on an "Action Plan on Climate, Energy and Growth," a document that had initially been planned for the 19 in Merkel's original 19:1 calculation. But hope is fading that enough heads of state and government can be found to sign the document. Thirteen pages long, the paper asks signatories to commit themselves to "the restructuring of energy systems consistent with Paris" and to their "nationally determined contributions" to cutting greenhouse gas emissions.

For the Americans, the document is an imposition. It includes a number of items in which the Paris Agreement is expressly affirmed and substantiated - the pact that Trump has just withdrawn from. "Our actions are guided by the Paris Agreement," the document states, the goal of which is that of "holding global temperature increases to well below 2 degrees." The paper also discusses the reduction of greenhouse gas emissions by 2050 and the $50 billion that industrialized nations have pledged to make available to help developing nations reach their targets. An array of items that, as has recently become apparent, Trump has little use for.

Throwing in the towel? Not quite, perhaps.

On the issue of climate, the decisive question will be whether the Germans are willing to seek conflict with Trump. But it currently doesn't look as though they are, with government officials eager to avoid turning the climate statement into an instrument of power politics. Instead, Merkel is likely to retreat to a role that suits her better anyway: that of mediator. As the host, officials say, Germany will focus on playing intermediary at the summit.

On the other hand, though, Merkel also isn't interested in the type of compromise proposed by Trudeau. After the G-7, she said that climate protection was too important to her to engage in compromise.

Ultimately, the end result could be that the issue is largely ignored. The G-20 isn't a climate conference, officials are saying, and the conflicts might be better suited for the next global climate summit, scheduled to take place in Bonn at the end of the year.

Meanwhile, Der Spiegel has responded to Trudeau's request for a retraction:


DER SPIEGEL would like to stress that the article did not claim Prime Minster Justin Trudeau told chancellor Angela Merkel that he would call his commitment to the Paris Agreement into question. However, sources within the government in Berlin told DER SPIEGEL that the prime minister suggested to Angela Merkel to keep references to the Paris treaty out of the G-20 declaration in Hamburg. This would allow U.S. President Donald Trump to sign the planned declaration on energy.

Germany hsaid that itwas going off Nuclear and will when possible use solar, wind,water, and coal for it power source. If I'm not mistaken is not coal a thing that when burn giving off a lot of CO2?


The abandonment of nuclear was not an emissions question, Anon. Yes they did rely on coal, as a bridge fuel, while getting on which renewable clean energy systems. There are a lot of teething problems associated with the transition, most of which had been foreseen. You can read more about it at the MIT technology review.

Jesus but I hope Der Spiegel is exaggerating.

Germany is on the right track.

Dana, August is drawing nearer. Email me at parksbmw@shaw.ca so we can converse directly.