Francis Fukuyama - On Paper, America Has What It Takes. Except For One Thing. 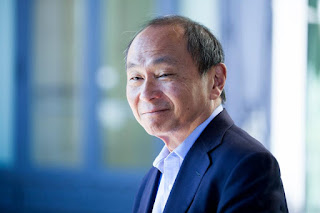 Political historian Francis Fukuyama writes that America has what it takes to fight the Covid-19 pandemic. Except for one critical factor that it cannot succeed without - trust.

A democracy delegates emergency powers to its executive to deal with fast-moving threats. But willingness to delegate power and its effective use depend on one thing above all, which is trust that the executive will use those powers wisely and effectively. And this is where the U.S. has a big problem right now.

Trust is built on two foundations. First, citizens must believe that their government has the expertise, technical knowledge, capacity, and impartiality to make the best available judgments. Capacity simply has to do with the government having an adequate number of people with the right training and skills to carry out the tasks they are assigned, from local firemen, policemen, and health workers to the government executives making higher-level decisions about issues such as quarantines and bailouts. Trust is something the U.S. Federal Reserve had in spades in 2008: Its chairman, Ben Bernanke, was a former academic who had studied the Great Depression in depth; the Fed is staffed with professional economists rather than political appointees likely to favor friends and cronies.

The second foundation is trust in the top end of the hierarchy, which means, in the U.S. system, the president. Lincoln, Wilson, and Roosevelt enjoyed high levels of trust during their respective crises. As wartime presidents, this trio succeeded in symbolizing, in their own persons, the national struggle. George W. Bush did initially after September 11, but as his invasion of Iraq soured, citizens began questioning the delegations of authority they had made to him via legislation like the Patriot Act.

The United States today faces a crisis of political trust. Trump’s base—the 35–40 percent of the population that will support him no matter what—has been fed a diet of conspiracy stories for the past four years concerning the “deep state,” and taught to distrust expertise that does not actively support the president.

President Trump continues to denigrate and undermine agencies he feels are hostile: the intelligence community, the Justice Department, the State Department, the National Security Council, even the National Oceanographic and Atmospheric Administration. Many administrative agencies have seen a steady depletion of career civil servants in recent years, with positions of high responsibility going either to acting agency and bureau heads, or else to political friends of the president such as Acting Director of National Intelligence Richard Grenell. With a 29-year-old partisan conducting a purge of federal agencies, the administration has placed personal loyalty far above competence. Trump appears to be well on his way to sidelining the highly trusted Anthony Fauci, the director of the National Institute of Allergy and Infectious Diseases, for disagreeing with him publicly.
All of which highlights the extent of the challenge to the second foundation: trust in the president and his immediate circle. Donald Trump has never, during his three and a half years as president, sought to reach out to the more than half of the country that didn’t vote for him. He has not taken any of the simple steps he could have to build trust. When recently asked by a journalist what he would say to fearful Americans—a softball question any other leader would have hit out of the park—he instead went on a tirade against the question and the journalist.

Because of Trump’s hesitancy to take the COVID-19 pandemic seriously, many conservatives have come to deny that we are in a crisis at all, and insist that the panic surrounding the virus is the result of a Democratic plot to take down the Trump presidency. Trump himself, after briefly pivoting to portray himself as a “wartime” president, declared that he wanted to reopen the country by Easter. He has admitted that this date was chosen not on any epidemiological grounds, but because it would be a “beautiful” date for churches to be full. Perhaps he is thinking of the national spectacle of thanksgiving he could stage around his reopened rallies, and how that would affect his reelection chances.

The intense distrust that Trump and his administration have aroused, and the distrust of government that they have instilled in their supporters, will have terrible consequences for policy.

I don’t believe that we will be able to reach broad conclusions about whether dictatorships or democracies are better able to survive a pandemic. Democracies such as South Korea and Germany have been relatively successful so far in dealing with the crisis, even if the U.S. is doing less well. What matters in the end is not regime type, but whether citizens trust their leaders, and whether those leaders preside over a competent and effective state. And on this score, America’s deepening tribalism leaves few reasons for optimism.

Accurate but very unoriginal. Francis Fukuyama is not a big thinker, imo.

And perhaps he was a little premature when he proclaimed victory for 'his side' and the 'end of history'.