"Hamsterkauf" - Trust the Germans to Have a Word For It. 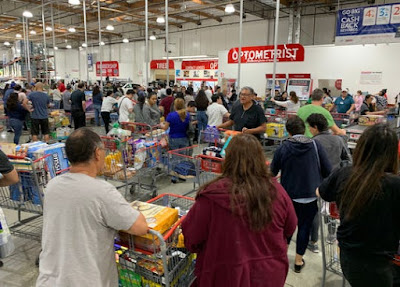 The common hamster is known for its ability to stuff extra food into its cheek pouches. 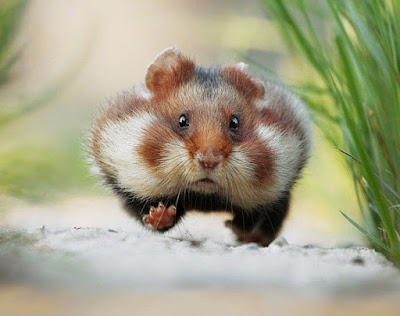 In Germany this has inspired a word for panic buying when there's some sort of public scare such as the coronavirus. Hamsterkauf.

Panic buying is perhaps part of the German angst that crops up once in a while. The question is: If angst made it into the English language long ago, isn't it time for hamsterkauf to follow suit and join the likes of dachshund, blitzkrieg, kindergarten, realpolitik and hinterland? Probably not, as compound words stand a far lower chance of ever being incorporated, but never say die in this crazy lexiconic world.

Be that as it may, there's no denying the fact that a number of English-language publications have explicitly mentioned and explained the German expression for hoarding as they seem to like it quite a bit.

In a daily email newsletter called Morning Brew, which says it covers the latest news from Wall Street to Silicon Valley and beyond, hamsterkauf made into the "beyond" section this week.

"They say there's a German word for everything, so obviously, there's one for hoarding during times of widespread panic," the newsletter points out. "Hamsterkauf has a connection to hamsters, which store food in their cheeks," it continues. It even suggests using the German word in sentences such as "German grocery stores have been experiencing a wave of hamsterkauf during the coronavirus scare." 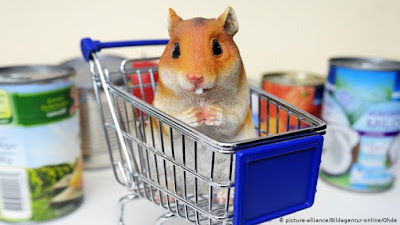 "Backpfeifengesicht"
German compound word for a 'face that should be slapped'

I use it generously, Zoombats. We're living in times that routinely call for it. The best translation I've heard of it is "a face in need of a fist."

That probably was coined during the 1930s. I don’t know that but when a loaf of bread is paid for with a wheelbarrow of currency, hoarding would be appealing. And then the scarcity of food for the German Jews.

There have been several times in German history where hoarding would have been the wise choice.