Don't Blame Me, I Didn't Even Know the Guy

Now there's something a family can be proud of. One of my distant ancestors led the pharmaceutical research team at AG Bayer in Germany in the 19th century. He was credited with two breakthroughs. One was Aspirin. The other was Heroin. It was actually one of his employees, Felix Hofman who figured out how to stabilize ASA in tablet form but Heinrich raked in the bucks. As for heroin, they believed it was far less addictive than morphine,'heroic' even. Guess they got that one wrong. 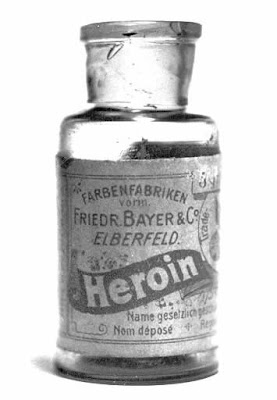 It is getting closer. Any relation to Karlheinz Schreiber? :)

Not yet LD, not yet.

I can think of a few other Germans that might be worse to have in your family tree!