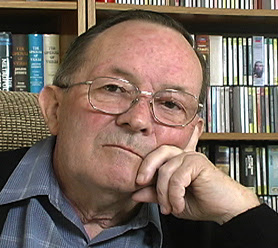 Well before America was rocked by the attacks of 9/11, Chalmers Johnson's prophetic book Blowback was published in which he warned that America's secret operations abroad would inevitably exact a terrible price at home.   His subsequent books Nemesis: The Last Days of the American Republic; and The Sorrows of Empire: Militarism, Secrecy and the End of the Republic came to comprise what was known as the Blowback Trilogy.

This year Chalmers published his final work, Dismantling the Empire, America's Last Best Hope.   All of these save The Sorrows of Empire are reviewed on this site.   The New York Review of Books aptly said this of the man, "Johnson wants the scales to fall from American eyes so that the nation can see the truth about its role in the world.  His is a patriot's passion: his motive is to save the American republic he loves."

A latter day Cassandra, Chalmers Johnson, together with others such as Andrew Bacevich, see their country caught in a death spiral of militarism.  His death certainly is America's loss.