Focus on Fewer and Smaller 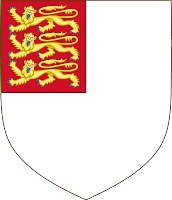 The Royal Society, which is celebrating its 350th anniversary, has a warning for mankind - there are too damned many of us and we're all consuming too damned much of everything.   That's the abbreviated version.   If you would prefer to peruse the 132 page report, it's here.

The Society posits three critical challenges - raising the 1.3-billion poorest out of extreme poverty; urgent and dramatic reduction of unsustainable consumption in the developed and emerging nations; and the slowing and stabilization of global population.

What they're saying to us in the affluent world is that we have to live with less, a lot less.   You can't keep living at today's standards because you're taking so much air out of the room there's not enough left over for everyone else to breathe.   You're taking more than you need, more than you deserve, and, because you're taking so much, people who need it far more can't get their share.   Your ability to consume no longer means you deserve to consume.

"...in the most developed and emerging economies unsustainable consumption must be urgently reduced.   This will entail scaling back or radical transformation of damaging material consumption and emissions and the adoption of sustainable technologies, and is critical to ensuring a sustainable future for all.  At present, consumption is closely linked to economic models based on growth.  Improving the wellbeing of individuals so that humanity flourishes rather than survives requires moving from current economic measures to fully valuing natural capital.  Decoupling economic activity from material and environmental throughputs is needed urgently for example by reusing equipment and recycling materials, reducing waste, obtaining energy from renewable sources, and by consumers paying for the wider costs of their consumption.   Changes to the current socio-economic model and institutions are needed to allow both people and the planet to flourish by collaboration as well as competition during this and subsequent centuries.  This requires farsighted political leadership concentrating on long term goals."

What planet are these dudes from?   Don't they know guys like Stephen Harper are running the world?   Sustainable energy, consumers paying for the real costs of their consumption?  My ass.
Posted by The Mound of Sound at 11:19 AM